The movie “Jurassic World 2” is playing in cinemas, and there is no doubt that its box office will surpass the first. The most intuitive perception of dinosaurs by most people may begin in the Jurassic Park series that was released in the 1990s. The audience who watched the movies may not know that in the Sichuan, China, there is one of world’s most important dinosaur fossil burial sites, “Dinosaur Kingdom” – Zigong. 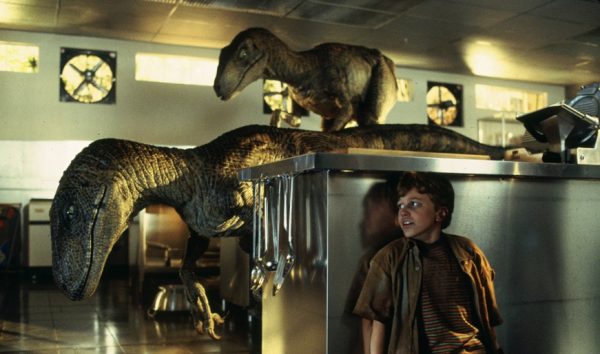 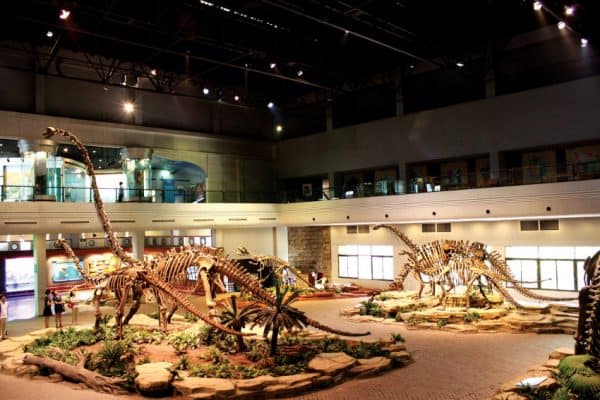 Tang Guoming, a Zigong person, his daily day work is to paint different animatronic dinosaurs and dinosaur statues. Tyrannosaurus Rex, Triceratops, Amargas, etc., these dinosaurs are collectively referred to as “dinosaurs” for most people. But Tang Guoming can remember all their scientific names. In the past few days, he has spray-painted several Raptors and a giant Tyrannosaurus Rex.

After more than 20 years of working in the Zigong Dinosaur Museum, Zheng Wei began to establish his own business producing animatronic dinosaurs and dinosaur fossil models. These products are mainly purchased by parks, museums and scientific research institutions at home and abroad. “Most of buyers of animatronic dinosaurs and fossil models are professional institutions, so we often need to discuss with paleontologists in the production process to make the products more realistic and scientific.” Said Zheng Wei, head of Zigong My Dinosaurs Culture and Arts Co., Ltd.

A Gigantoraptor being produced is placed in the factory of Zigong My Dinosaurs Culture and Arts Co., Ltd. When it is done, it will be shipped to Turkey. During the production period, paleontologist Xu Xing pointed out that the feathers on the wings should appear from the outside of the middle toe. “We try our best to make our products not only be recognized by the industry, but also improve them from the interactive and artistic aspects, to inspire more young people to have an understanding and interest in paleontology.” Zheng Wei said.