There were several Ice Ages during the Pleistocene era. This era began two million years ago, during which many giant animals used to roam the earth. Environmental conditions and human activities such as hunting and those contributing to climate change are what drove Ice Age animals to extinction.

Ice Age animals were usually very huge in size and weight and evolved since the glacial age. These include mammoths, deer and different birds which survived the harsh conditions. They used to live on the mountains during the summer, and during the cold glacial times, they used to roam on the plains where the temperature was normal to some extent for the survival of life. There had been several species of Ice Age animals which resemble some of the modern day animals. Among which are the Irish elk, mammoth, giant short-faced bear, giant beaver, and mastodon.

Recent studies reveal that some of the camel fossils were found in central Syria. It was contradictory to what was previously known that camels were found only in the Middle East.

Irish elk, a species from the genus Megaloceros, evolved in the Ice Age era and is also called giant deer. It is the largest deer and is as tall as 6.9 ft. It had the biggest antlers which were almost 12 ft wide from one side to the other and weighed nearly 40 kg. Inability to adapt to the environmental changes is what is suspected to have driven the species to extinction. Their remains have been found in Siberia and parts of China, thus suggesting their origin.

Mammoths are the largest land mammal on the earth to date. The present elephant is considered to be an evolved form of the mammoth. Mammoths are approximately three meters in height and used to eat about 200-300 kg of grass. The tusks of the mammoth were around 100 kg, could grow up to four meters, and had growth rings like that of the trees’ girth which was indicative of the health of the mammoth. The remains of the mammoth were found in Yukon in permafrost condition, which has persevered the remains, helping in extracting the DNA.

Giant beavers are the largest rodents known to date. They were found in parts of North America during the Ice Age era. It could grow up to almost two meters and weigh around 100 kg. Its resemblance to the modern beavers is so close except the bigger size. Also, unlike the smooth teeth of the modern beavers, giant beavers had long incisor teeth which were approximately 15 cm with the ridged outer surface. It was found in Yukon.

Giant short-faced bears were found in North America during the time of Ice Age. These are giant bears in the Pleistocene era. It was a carnivorous animal. The skull of the bear is small and snout compared to other bears. They have strong flesh-cutting teeth which could even cut through the bones with wide-spaced open nostrils which helped them to smell and find food easily. The long legs helped them to run faster and long claws allowed them to rip off the flesh. The remains found in Yukon can be dated back to almost 20,000 years back. 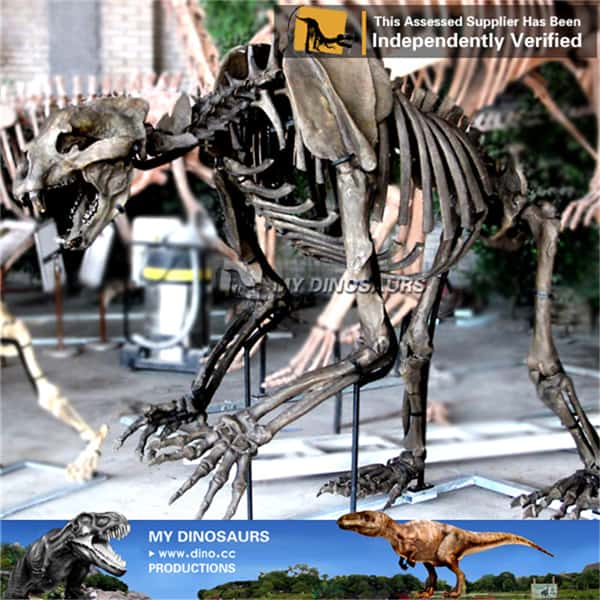 Often, people might confuse mammoth with mastodons. Though both look similar, these are two different species. Mastodons are shorter than mammoths. They were found in the Pleistocene era in North America. They were covered with fur all over. They nibbled on grasses and shrubs than actually eating all, unlike mammoths. The tusks of mastodons were smaller and straighter than that of the mammoths. It is believed that the mastodons became extinct due to the incidence of a deadly disease which became endemic among the species.

Walrus inhabited the glacial area around South California. The glacial changes affected the population of walrus to a greater extent. The fossils of a walrus can be dated back to almost 50,000 years back. This species preferred warmer climates with warm surroundings.

Arctic ground squirrels could sustain the glacial changes. During cold weather, they spend their time hibernating. They could bring their body temperature to almost approximately three °C and warm themselves up by shivering, thus preventing heat loss.  The remains are found in the burrows in well-preserved condition due to the cold permafrost state.

Grey wolves were carnivores found in Beringia. They had sharp teeth for scavenging large prey.

Yukon horses were much smaller than the horse in present day. The remains were found in Canada.

They were found in Yokun and were considered to be closest to the human civilization.

Other animals existent during the Ice Age include the Ground Sloth. This species could run on two legs and reach a speed of around 64 km/hr. From the remaining fossils, it is calculated that they are at least 12 ft long and their existence was mostly in modern-day Alaska, central US, and Canada. Other animals are Beringia lion, Steppe Bison, Scimitar cat, Saige antelope, and Flat-headed peccary. 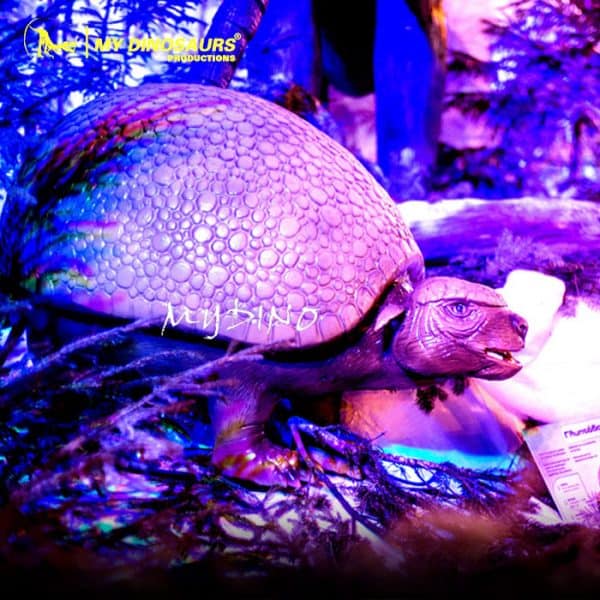