Psittacosaurus is known from hundreds of individual specimens, of which over 75 have been assigned to the type species, P. mongoliensis. All Psittacosaurus fossils discovered so far have been found in Early Cretaceous sediments in Asia, from southern Siberia to northern China, and possibly as far south as Thailand. The most common age of geologic formations bearing Psittacosaurus fossils is from the late Barremian through Albian stages of the Early Cretaceous, or approximately 126 to 101 mya (million years ago). Many terrestrial sedimentary formations of this age in Mongolia and northern China have produced fossils of Psittacosaurus, leading to the definition of this time period in the region as the Psittacosaurus biochron. 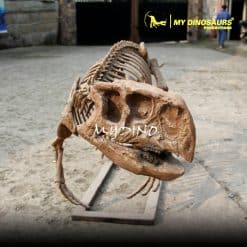 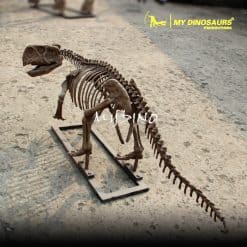 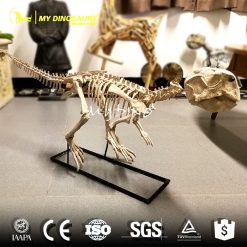