As far as the city is concerned, the history of the discovery of dinosaur fossils can be traced back to 1915 when American geologist Lauder Burke began an investigation in the outskirts of Rong County. This is also the earliest discovery of dinosaurs in the Sichuan Basin. With the emergence of dinosaur fossil sites such as Wujiaba, Dashanpu, and Qinglongshan, they have become a sensation in the discovery of paleontological fossils, which has attracted the attention and support of various organizations and has even become a large number of dinosaur lovers to explore the mysteries of dinosaur science. Popular science tourism destinations, as well as the launch of diversified derivative themes of simulated dinosaurs, restoration paintings, cartoons, and many cultural and creative products, make Zigong’s so-called “Hometown of Chinese Dinosaurs” and “Hometown of Chinese Simulated Dinosaurs” truly worthy of its name. 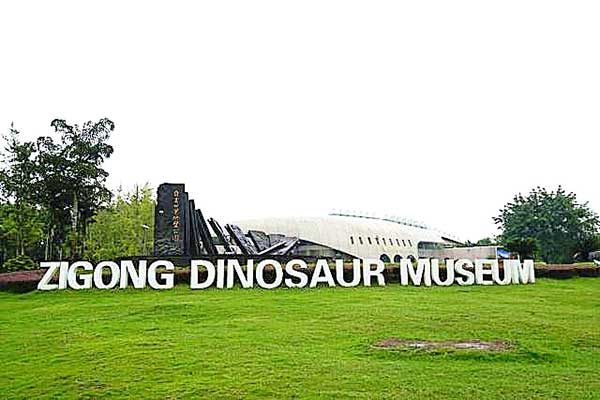 In 1972, an engineer from the State Geological Administration found a fossil dinosaur tail in Dashanpu, 9 kilometers away from the city center. This discovery opened the prelude to the discovery and research of this world-famous dinosaur fossil group. In 1987, a large site museum was built on the “Dashanpu Dinosaur Fossil Group Site”, China’s first specialized dinosaur museum, one of the world’s three major dinosaur site museums, and was praised by the US “National Geographic” magazine as “The Best Dinosaur Museum in the World”.
The gate of the Dinosaur Museum is shaped like a giant stegosaurus. Let’s check it out! 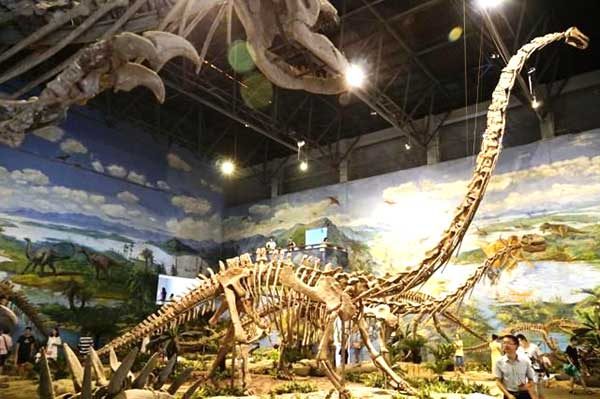 It is currently the largest fossil burial site in the world that can be viewed, and the degree of fossil enrichment is the highest in the world. Thousands of fossils are arranged end to end in an orderly arrangement; either stacked on top of each other or staggered. The large number of them and the abundance of burials are really dazzling and breathtaking. This is the epitome of the “Dashanpu Dinosaur Cave” called the “Wonder of the World”. 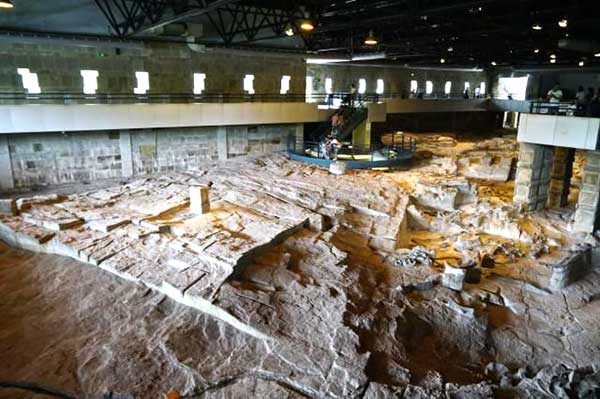 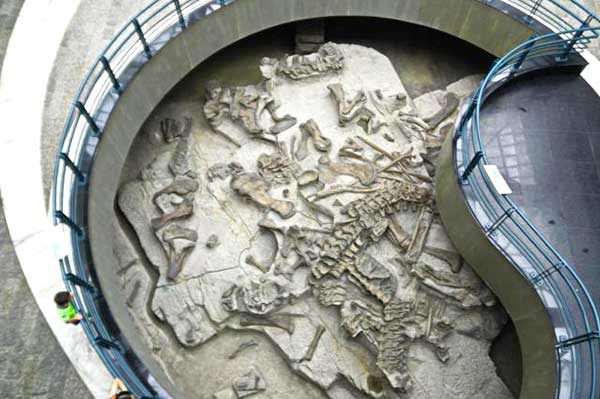 What is shown to the audience here are some of the most scientifically valuable and well-preserved fossils, among which there are many world-class treasures. The most primitive and complete Stegosaurus in the world – Huayangosaurus taibaii 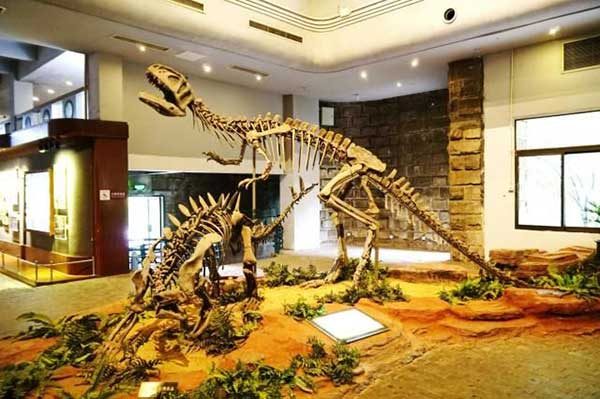 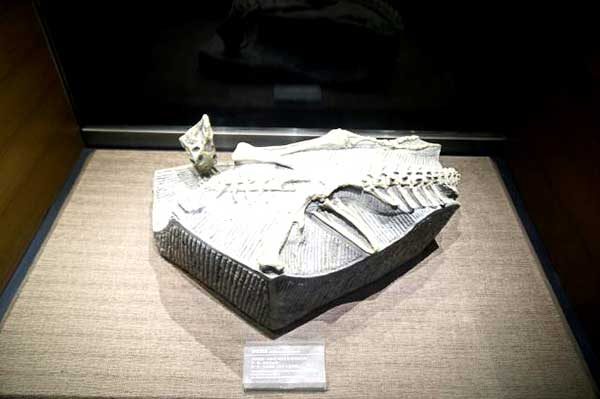 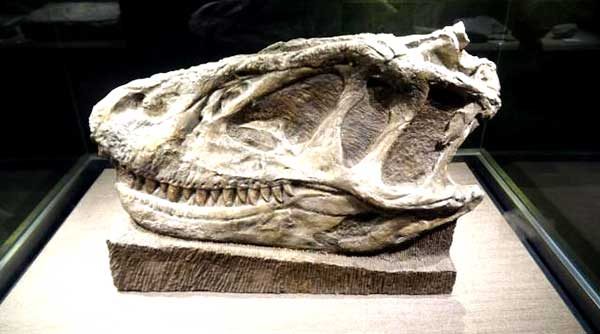 If you have the opportunity, welcome to the Zigong Dinosaur Museum to experience more legends of the dinosaur era.

MyDinosaurs factory is just new kilometers away from the Zigong Dinosaur Museum, the founder of our company – Mr. Zheng worked for Zigong Dinosaur museum for 20 years, as a highly professional dinosaur skeleton manufacturer, we are partners of top museums in many museums around the world, we always keep hundreds of dinosaur skeletons in stock. Welcome to visit our factory, this would be a fun place for you! 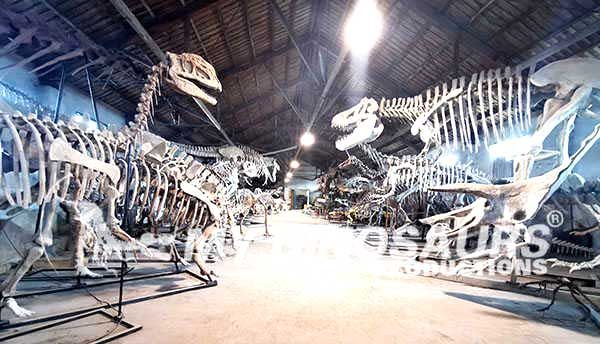