In Earth’s distant past many animals grew much larger than they do today, from monster millipedes to titanic sharks.

Today Earth is home to the heaviest animal that has ever lived-the blue whale. As far as we know, no past animal has ever weighed more. But some have been longer.

While the large dinosaurs tend to grab more than their fair share of attention, there have been many other giant animals that we will never get to see in the flesh. Some are the super-sized ancestors of creatures alive today, while others appear especially bizarre to us because they left no descendants.

The remains of yesterday’s giants can help us understand how conditions on Earth have changed across the ages because creatures often changed size in response to changes in the environment. Besides, there is something inherently fascinating about big animals that we can only see in our imaginations. Let’s take a look at the following 4 particularly awesome extinct giants. 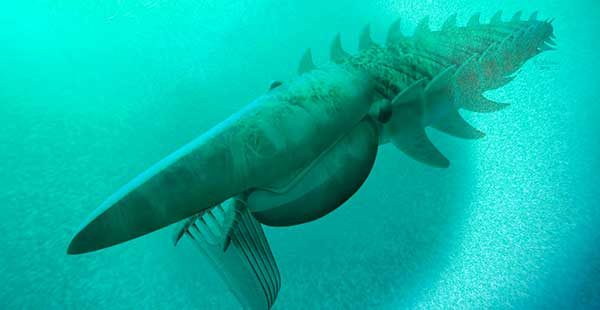 Reaching 2m (6ft 6 ins) long, it lived around 480 million years ago and belonged to an extinct family of marine animals called the anomalocaridids.

The alien-looking creature had net-like sieves, attached to appendages on its head, that are used to filter plankton from seawater to eat. It lived at a time when plankton was becoming more diverse, allowing it to take up a different lifestyle to most anomalocaridids, which were sharp-teethed predators.

This strange creature could help reveal how the limbs of arthropods – that’s modern spiders, insects, and crustaceans – evolved. 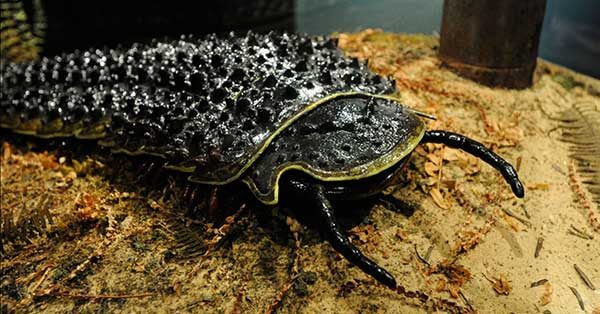 Also in contention for the largest arthropod in history was the Arthropleura, a genus of millipedes up to 2.6m long.

They lived between 340 and 280 million years ago, and may also have benefitted from higher levels of oxygen in the air.

No one has discovered a complete fossil. Partial remains 90cm (3ft) long were uncovered in southwest Germany, and trackways attributed to them have been found in Scotland, the US, and Canada. It seems Arthropleura bodies were made up of around 30 jointed segments covered by side plates and a central plate.

Because the remains of Arthropleura mouths have never been found, it is difficult to say for sure what they ate. Researchers who have examined their fossilized excrement have found fern spores, suggesting they fed on plants. 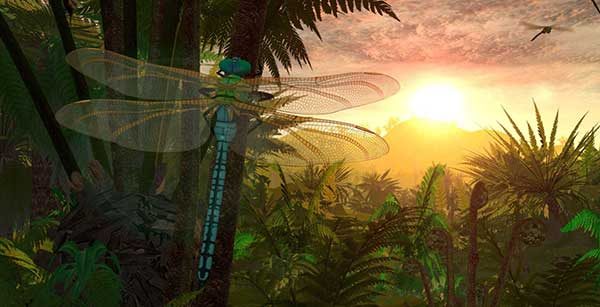 Giant arthropods were first linked to higher atmospheric oxygen levels in 1880, following the discovery of the first Meganeura fossil in France.

These dragonfly-like creatures buzzed-about feeding on amphibians and other insects around 300 million years ago. With huge wingspans of up to 65cm, they were among the largest flying insects ever.

Strictly speaking, Meganeura was griffin flies, because their bodies were subtly different from those of dragonflies.

Insect body sizes are limited by the way they carry oxygen from the air to their internal organs. They don’t have lungs, and instead, use a system of tracheal tubes.

During the Carboniferous Period, from 359 to 299 million years ago, as much as 35% of the air was oxygen. This may have allowed Meganeura to extract more energy from the same quantity of air, and thus to keep flying even when they grew huge.

The theory could explain why they did not survive into later periods when oxygen levels fell. 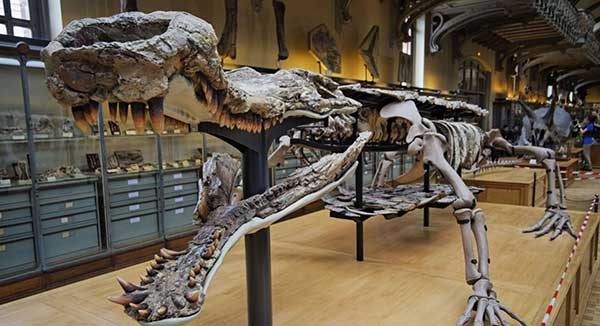 It’s not just insects that have downsized over the years. Paleontologists on a dinosaur hunt in Niger in 1997 were amazed to encounter fossilized crocodile jawbones as long as a human.

It had a narrow jaw 1.8m long, containing more than 100 teeth, plus vertically tilting eye sockets and a large bony protrusion on the tip of its snout. It would have resembled the critically endangered gharials of modern India and Nepal.

Crocodiles were able to grow so big because they lived mainly in water, so they can float and carry more weight than would be possible on land. They also have strong skulls that give them powerful bites, so they can take on big prey.

We are living in a world with many new discoveries and still many mysteries!
Some creatures are no longer exist, some evolved into other creatures. Due to time and area reasons, we have no chance to see them in one place.
To make this fantastic imagination into reality, MyDinosaurs have been in the animatronic and skeletons industry for more than 20 years. we bring all these exist creatures alive, the best eye-catch animatronic animals and animatronic dinosaurs are here!