An animatronic dinosaur is not a static dinosaur statue, but a moveable one imitating the actions of a dinosaur, controlled by mechanical equipment. It looks so realistic, as if they are truly alive. Animatronics dinosaurs have been widely used in theme exhibition and film effects.

Animatronic dinosaurs are produced strictly according to the dinosaur fossil record, plus the latest research findings of archaeologists in recent years. A good animatronic dinosaur can make an astonishing scream, and their neck, head and mouth can move freely. 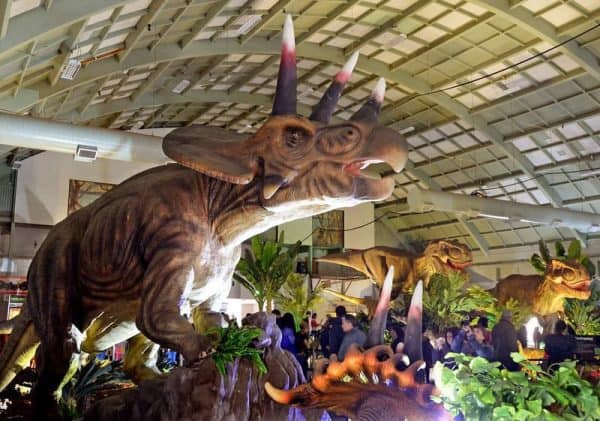 A giant animatronic dinosaur will use a significant amount of steel as a skeleton, and a lot of large and small motors and reducers are installed on the belly and head. An animatronic dinosaur is typically powered by pneumatic, hydraulic or electrical devices, controlled by some built-in applications with remote control / coin operated / timer system mode. Some advanced ones with the infrared sensor can even do the specific actions based on the motions and gestures of the people standing in front of it. Motion actuators are often used to mimic the muscle movement to create realistic movements in the limbs. For the outlook, the flexible body and skin are usually made of hard and soft plastic materials (such as silicone). An excellent product must pay attention to the details such as color, texture and feathers to make it look realistic. 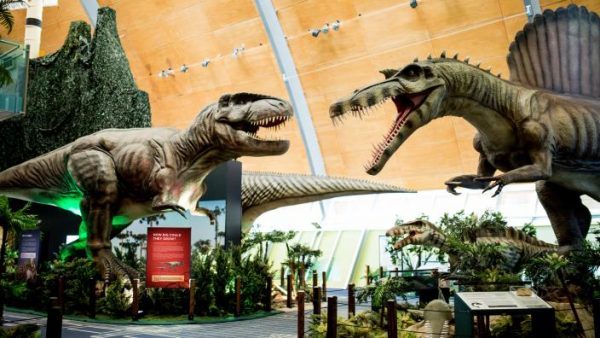