Whales are creatures of the open ocean; they feed, mate, give birth, suckle and raise their young at sea. So extreme is their adaptation to life underwater that they are unable to survive on land. Whales range in size from the 2.6 metres (8.5 ft) and 135 kilograms (298 lb) dwarf sperm whaleto the 29.9 metres (98 ft) and 190 metric tons (210 short tons) blue whale, which is the largest creature that has ever lived. The sperm whale is the largest toothed predator on earth.

Whales have evolved from land-living mammals. As such they must breathe air regularly, though they can remain submerged for long periods. They haveblowholes (modified nostrils) located on top of their heads, through which air is taken in and expelled in the form of vapour. They are warm-blooded, and have a layer of fat, or blubber, under the skin. With streamlined fusiform bodies and two limbs that are modified into flippers, whales can travel at up to 20 knots, though they are not as flexible or agile as seals. Whales produce a great variety of vocalizations, notably the extended songs of the humpback whale. Although whales are widespread, most species prefer the colder waters of the Northern and Southern Hemispheres, and migrate to the equator to give birth. Species such as humpbacks and blue whales are capable of travelling thousands of miles without feeding. Males typically mate with multiple females every year, but females only mate every two to three years. Calves are typically born in the spring and summer months and females bear all the responsibility for raising them. Mothers of some species fast and nurse their young for one to two years. 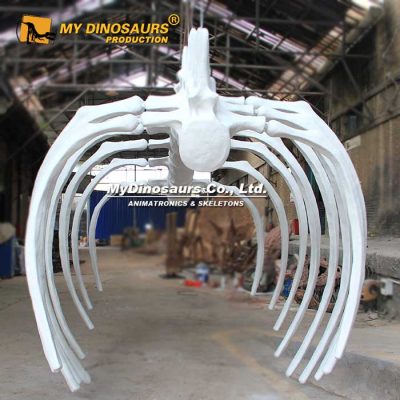 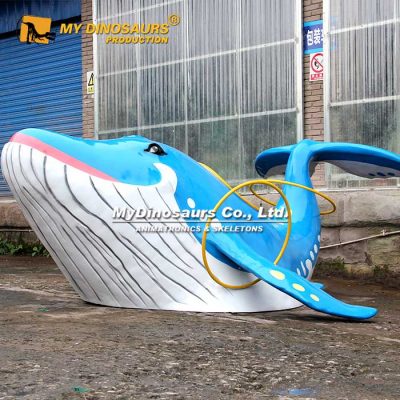 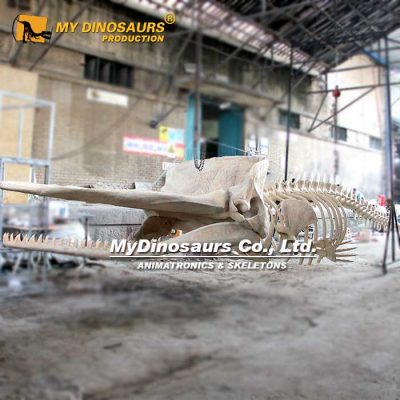 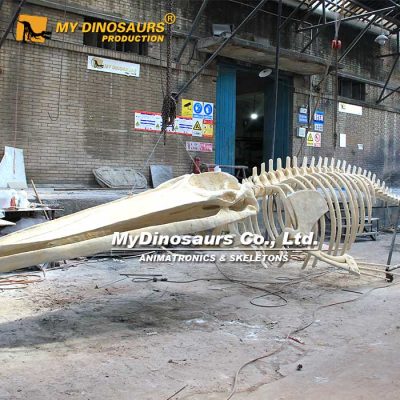 AS-070 Humpback Whale Skeleton for Sale