Dinosaur rides with multiple control modes are a really popular interactive equipment for parks and shopping malls. Keep on reading the articles to get some clarity about our three types of rides.

They are the most popular dinosaur riding car for amusement parks and shopping malls. They are normally smaller but safe, and loved by kids.
We can make scooters of dinosaurs or animals, like Triceratops, Parasaurolophus, Allosaurus, and so on, which are similar to the walking dinosaur rides, but they can run faster than the latter ones.

Here is one Parasaurolophus scooter for your reference. It is an easy-to-use, colorful dinosaur ride. It is suitable for children or adults who are at least 3 years old or above.the sound of the scooters can be vivid dinosaur raoring or music in any language. 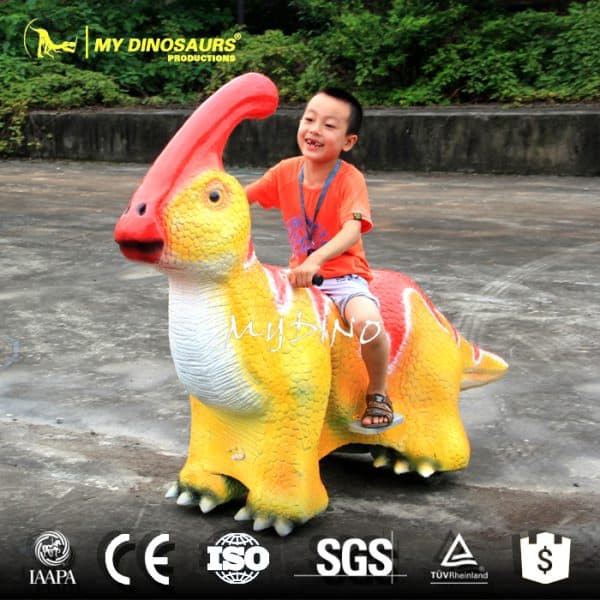 A walking dinosaur ride are bigger than the scooter.(generally 3M to 6M is the best selling) What makes it different from the scooter is that it move step by step, so that it can not run very fast. What’s more, it can move its head and tail. Anyone who is more than 5 years old can easily ride this dinosaur. While it is moving step by step, shaking its head and tail, it makes some breathing sound and vivid roaring. 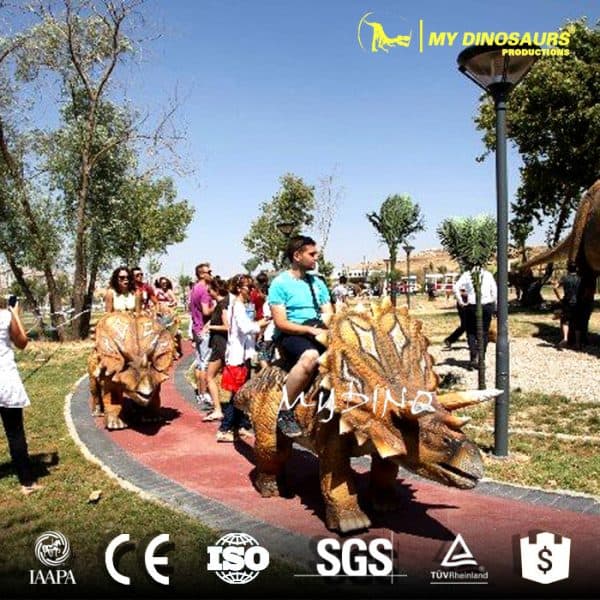 Do you want to be a Jurassic warrior riding on a dinosaur? It is fun to ride on a realistic animatronic dinosaur. This one do not have any wheel, so it can’t run away anywhere. Usually it is a large one and you need to climb on the fiberglass ladder to sit on it. And it may come with movements such as blinking eyes, turning head up and down, turning neck left and right, breathing, swing tail, opening and closing mouth, and so on. 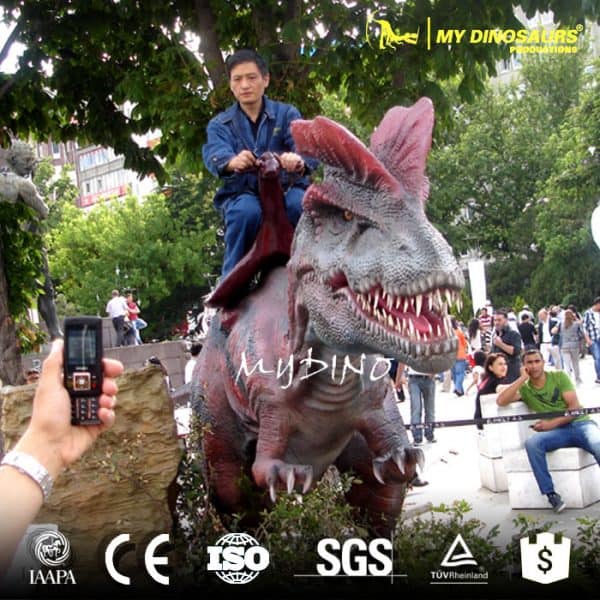 All above three kinds of dinosaur rides have various control modes for you to choose, the most popular one is the coin operated control, also remote control and timmer is available,

The speed and movements of the dinosaur ride ( scooter) can be customized, each ride has the emergency stop system and safe belt to keep the kids safe.

You can pick your favorite rides and let more people to experience a ride on these fantastic creature from dinosaur rides page !