The last to hatch among his siblings and the smallest, 11-year-old Arlo has yet to make his mark on his family’s farm. Though he is eager to help out with chores, this sheltered Apatosaurus just can’t seem to get past his fear of everything. So when Arlo falls into a river and finds himself swept hundreds of miles away from home, he’s forced to face his fear for the first time in his life, braving the harsh, untamed wilderness and a long, arduous journey home. Along the way, Arlo develops an unlikely friendship with a human boy named Spot, who helps him realize he is capable of much more than he ever thought. 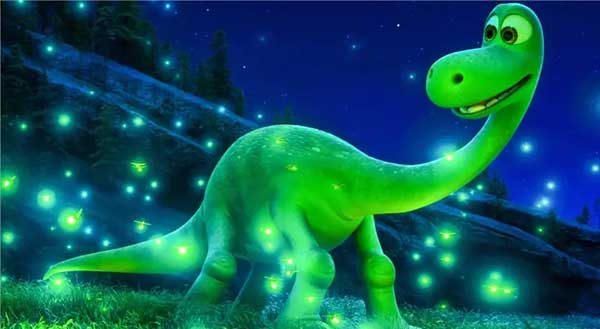 2. You Are Umasou: Heart and Yummie

A Tyrannosaurus rex raised as a herbivore meets and takes care of an orphaned baby Ankylosaurus, all the while trying to fight his natural instincts of a predator and survive in the wild. 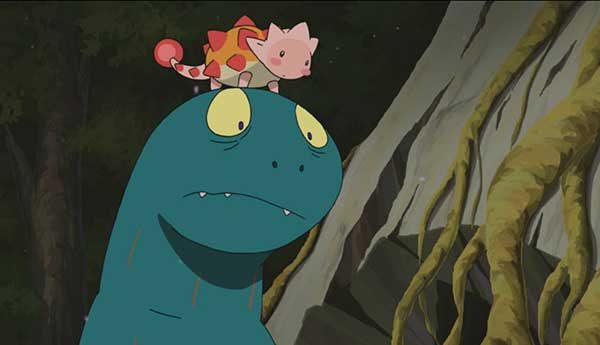 The character was created to bond with Gert, who actually can control the beast. Although it may seem terrifying at first, the dino is quite gentle amongst kind company. However, unleashed in battle, Old Lace is quite the force to be reckoned with, making her a standout character in Marvel. 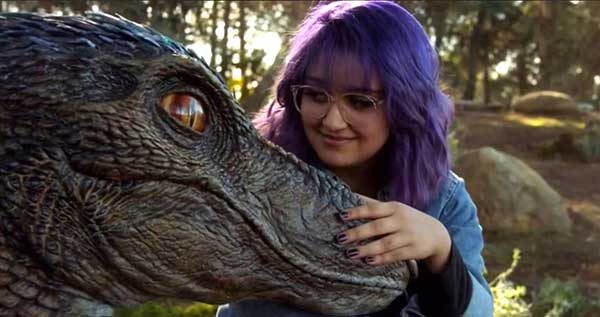 Aladar might not be a familiar name to audiences at first glance, but they will immediately recognize the film he leads. The dinosaur was a Disney epic, set before the dawn of humankind. It’s perhaps amongst the studio’s most underrated hits but will be fondly remembered by plenty of 2000s kids. 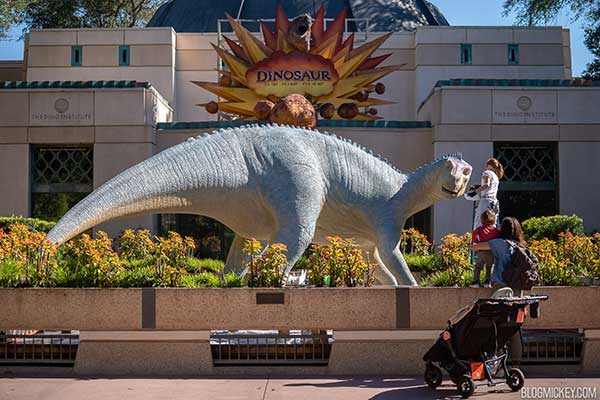 The deafening roar from Jurassic Park’s T-Rex certainly makes this dinosaur unforgettable. Using the best cinematic tricks of the day, T-Rex got up to all tricks from scaring kids trapped in a car to eating a lawyer off the toilet. 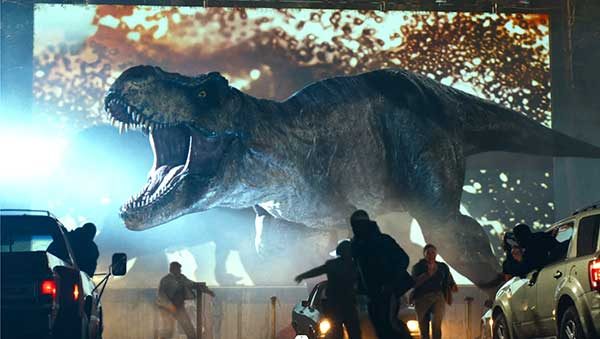 The oldest of the four Velociraptors trained by Owen Grady for the IBRIS Project, Blue and her pack aided in the search for the Indominus rex, only to turn against their trainer when accepting the I. rex as their Alpha. However, Blue was the first to change her loyalty back to Owen and fight against the I. rex. While the rest of her pack was killed, Blue received aid from Rexy as well as the Mosasaurus and defeated the I. rex. She was subsequently encountered by the Camp Cretaceous campers, helping them to kill the two Scorpios rex hybrids and avoiding capture by Mantah 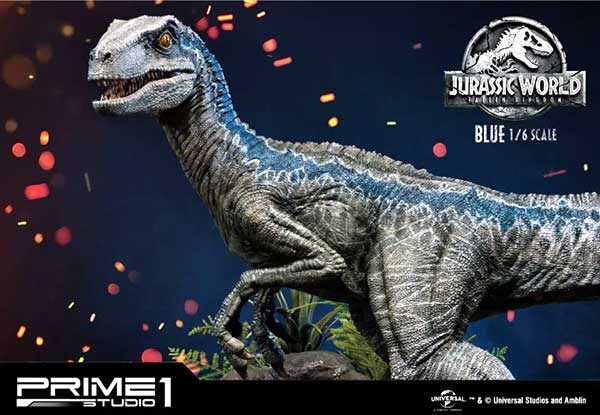 Bowser, sometimes known as King Koopa or King Bowser, is a major character and the main antagonist of the Mario franchise. He is a large, powerful, fire-breathing Koopa who leads the Koopa Troop, an evil kingdom of turtle-like creatures, and has been the arch-nemesis of Mario since his debut in Super Mario Bros. He has repeatedly kidnapped or attempted to kidnap Princess Peach with the ultimate goal of defeating Mario and taking over the Mushroom Kingdom. 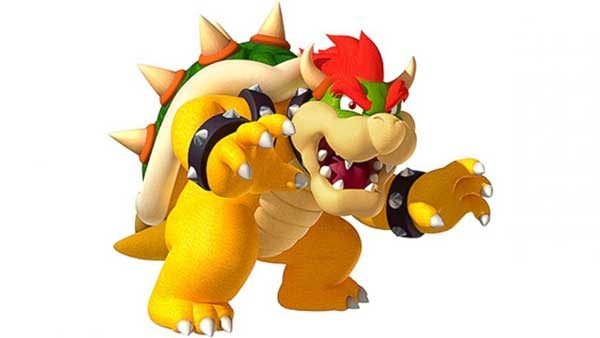 The Toy Story crew host so many well-crafted characters that it’s no surprise as to why it’s one of the most popular animated franchises in cinema history. Rex, in particular, is a standout of the original group, with his nervousness leading to plenty of hilarious moments.
He has so many iconic sequences, from his ridiculous moments of panic to his impressive run-through of the Buzz Lightyear game. Much like any character in the series, it would be easy to imagine Rex as the antagonist of his own adventure. When it comes to character design, the inclusion of hilariously tiny arms is absolutely a bonus. 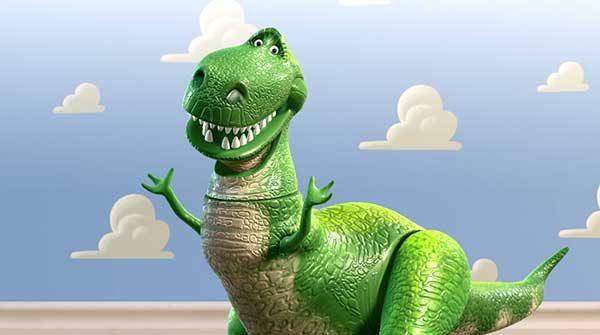 9. The Land Before Time: Littlefoot

Littlefoot is the main character in the Land Before Time film and television series, and one of only three characters to appear in every movie and TV episode. He is an anthropomorphic Apatosaurus, which is one of many creatures referred to as “Longnecks” by the characters in the franchise. Due to his skill at befriending others, he is also friends with many other creatures, although his friendships with dinosaurs and other animals outside his species are often viewed as taboo, as many of the dinosaurs practice racial, or species-based, segregation, which is based upon the days of racism in America. 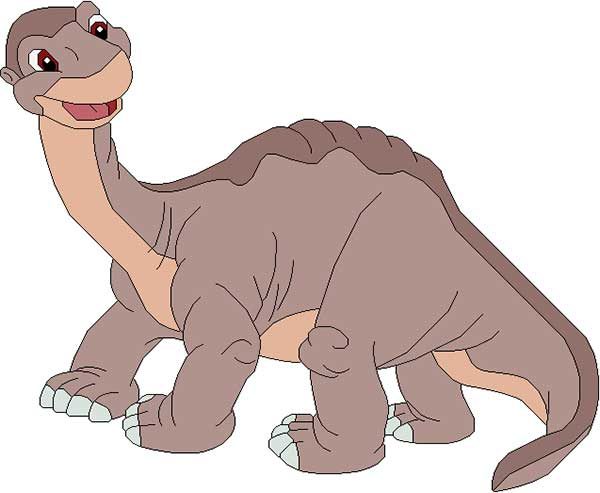 Night At The Museum has its own T-Rex known as Rexy. At the entrance to the exhibition is a huge skeleton of a dinosaur. However, when everything comes to life in the dead of night, Rexy transforms into a loving and slightly terrifying pet for the night guard.
In fact, its movements are actually far more similar to a dog than anything previously seen within dinosaur filmography. Regardless, if the series is to get some kind of a reboot, Rexy has to be included as he has really defined the Museum itself and the adventures that can be had there. 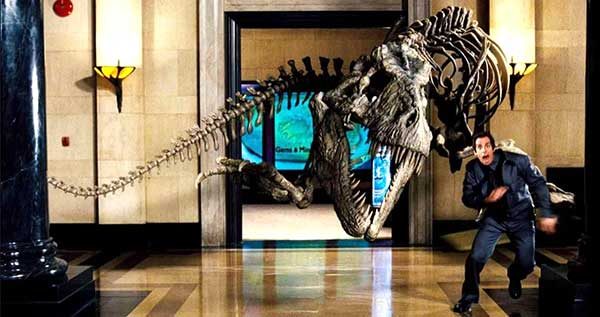 Despite some of the dinosaurs being terrifying, they’ve captured the imagination of audiences with personalities that matched their striking appearances. For more dinosaurs, welcome to visit our website.