Dinosaurs are extinct in the pre-historic age. It seems they are far away from us. But thanks to Spielberg’s Jurassic Park movies, now everyone have the images of lifelike dinosaurs in their mind, though they could be different from the real dinosaurs. Today we will show you how to take some interesting photos with “real” dinosaurs. That can be something you can share and surprise your friends!

Props or statues are the oldest ways to take images that one wants to. Many Jurassic theme parks have been installing models of the prehistory dinosaurs or animals. Let us know some more ways to take real life photos with dinosaurs:

Using the right techniques of photography can also make awesome photos. A travel photographer named Jorge Saenz made this happen by utilizing rubber dinosaurs into his photos. One can utilize the right lighting and camera settings to take fascinating photos utilizing those things. One can edit the picture to make it more realistic and fun. This can also be done with friends and family for fun during holidays and get-together.

These are some of the ways that a person can utilize to create images with dinosaurs. Most of them are quite good and will make everyone laugh. The options like museums and theme park will also help people learn about dinosaurs and the time that they roamed the earth. The props that one uses should be from good places to avoid any problems. So now one can have fun posing with their favorite dinosaur.

Theme parks and Museums are designed to cater to the fascination of dinosaurs. There are several theme parks that are scattered around the world that have dinosaurs in them. Jurassic World set up in the Universal Studios in Orlando is one of the best parks. They have tonnes of pictures, murals and fixtures of dinosaurs where interesting pictures can be taken. By the way, 3D painting is quite useful for taking some funny photos. Any you may also take photos with animatronic dinosaurs or static dinosaur status. 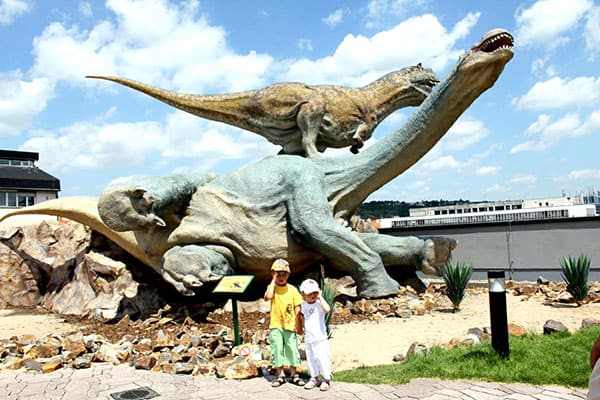 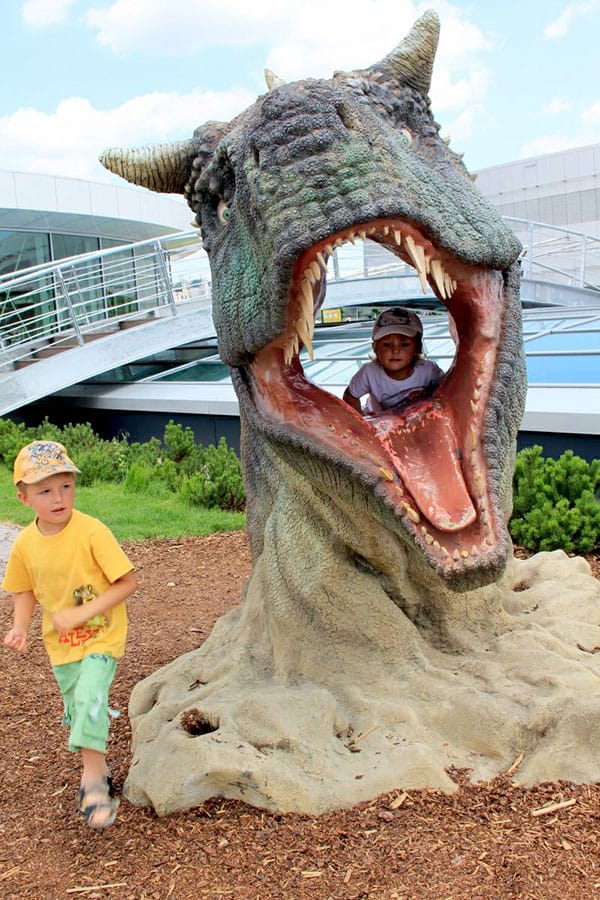 Utilizing props is the best way to create a good photo. There are costumes available on several online stores that help one in having the fun. The Halloween T-Rex costumes got quite famous due to the fun attached to it. Recently a woman clicked boudoir pictures while wearing a T-Rex costume and she got viral moments after the pictures got uploaded. One can also use props like dinosaur eggs and dinosaur fossils to heighten the fun. You can also make someone wear them and pose by them to take creative photos. 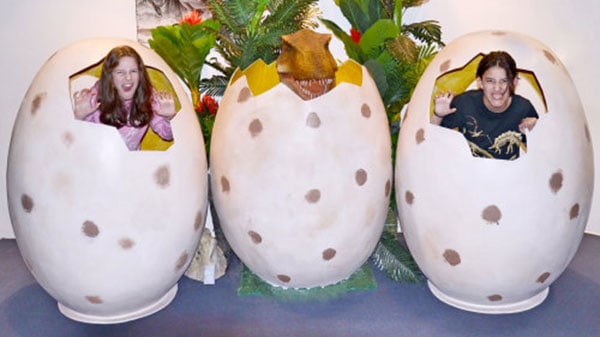 Yes you can Photoshop a Dinosaur with your own image but it is not something fun and it does eat up a lot of time. There is some easy ways to do that, such as the apps. There are some of them can help take pictures with dinosaurs.

This is a very fun app that has been designed by GenevaMars for usage in iPhones. The main idea behind the app is to take photo with the dinosaur immediately rather than adding the image later. There are packs of dinosaur poses that one can buy from, for e.g. Raptors, Theropods and many more. One can place one or several dinosaurs at a time and then can take an image of the person and they will have an amazing photo. There are some free poses included when the app is downloaded as well. The app also has the feature to share the image to social media sites which makes it even better.

An interesting App that claims to bring life into the dinosaurs! With the help of the app one can see dinosaurs in their daily life by utilizing their camera. It is free to download in both operating system and comes with 6 dinosaur characters. People can have fun posing and the person on camera can toggle the image to make it more effective. An Adventure Mode is also provided where the app user can create a virtual dinosaur habitat. The app gives them more info on the dinosaur and lets them capture their photos.