Do you want to be a T-Rex On Halloween party, if you are interested and also a big dinosaur fan, follow me and I will show you more information of T-Rex halloween costume for adults!

This is just a mask for an act to be a T-Rex, no movements and sounds, people may be attached you at the first time, but later it hard to catch people’ eyes again, but you can enjoy it buy yourselves 🙂 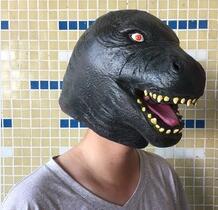 Compare with a dinosaur mask, this dinosaur costume could cover all of you and walking around, however, it doesn’t have any sound and movements either, especially the skin is not realistic. it is more like a toy for kids, not for adult, it is still hard to make things changes too much. 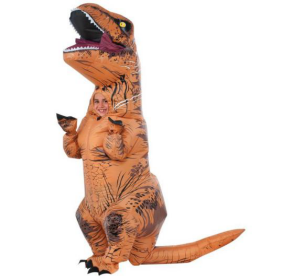 Neither dinosaur mas nor inflatable dinosaur costume can not make you a special party, then we suggest you a T-rex Halloween costume for adults.

This realistic dinosaur costume has many movements like eyes, mouth, tail, and head, and you can control all the movements and sounds by yourselves. 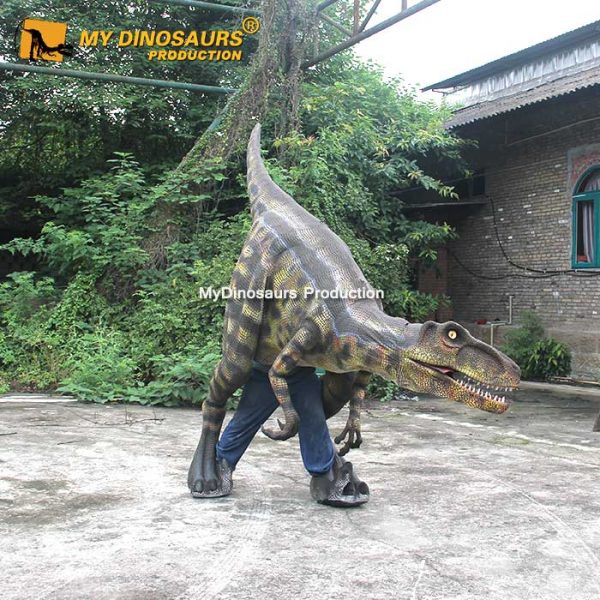 I guess now you have your decision of what to be on this Halloween, Yes, be a T-Rex on Halloween!

Contact us to get a quote if you need more information about T-Rex costumes for adults.