Coelacanths, deep-sea creatures, were once known only from fossils and were thought to have gone extinct approximately 65 million years ago, during the great extinction in which the dinosaurs disappeared. They are large, plump, lobe-finned fish that can grow to more than 2 meters (6 feet 6 inches) and weigh around 90 kilograms (200 pounds). They are estimated to live for 60 years or more. Modern coelacanths appear larger than those found as fossils.

The coelacanth used to be a large population, consisting of approximately 90 species, distributed in oceans and freshwaters around the world. Many scientists believe that the unique characteristics of coelacanths represent the early stages of the evolution of fish to terrestrial tetrapods (such as amphibians).

Today, there are only two known species of coelacanths: one that lives near the Comoros Islands off the east coast of Africa, and one found in the waters off Sulawesi, Indonesia. The first living coelacanth was discovered in 1938 and bears the scientific name Latimeria chalumnae. For many years, living coelacanths were known only from the western Indian Ocean, primarily from the Comoros Islands, but in September 1997 and again in July 1998, coelacanths were captured in northern Sulawesi, Indonesia, nearly 6,000 miles to the east of Comoros. 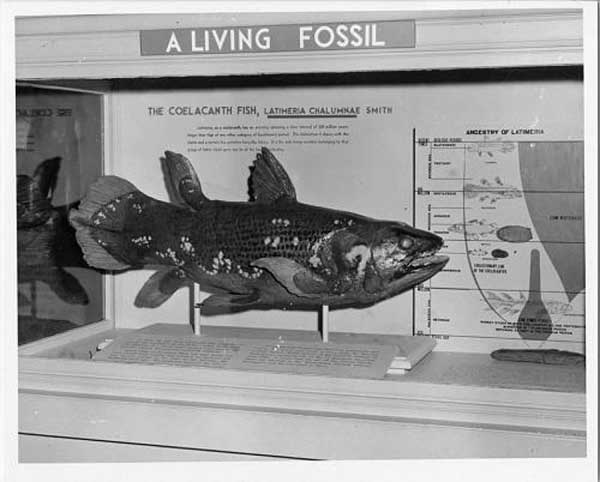 Even though there are not many coelacanths discovered so far, tens of thousands of divers still risk their lives to search for this “living fossil” on the seabed.