Costumes are incredibly cool and fun to dress up in. Nowadays some costumes are so real-life that you will wonder if it is real. Now costumes are not just limited to Halloween; the theme parties also need some fine and realistic costumes such as vampires, werewolves, zombies and so on. So how do you think about going as a dinosaur this Halloween or for your scary themed party?

What are the choices for you to be a Dinosaur?

All about realistic dinosaur costumes

When looking for dinosaur costumes, you wish them to be as realistic as possible. Well, you’re lucky because realistic dinosaur costumes for kids and adults are available now. You can look up here to find customization in following areas:

Look for the functions of the dinosaur mouth. These functions include opening and closing of the mouth.

Check the head movements available. Head movements in dinosaur costumes include turning the head up and down. And you also have to check if the neck is fully functional which means it is flawlessly moving sideways.

A dinosaur costume is not complete just with the appearance. An important part of the costume includes a perfectly synchronized dinosaur’s roaring sound. This should be as real as possible.

These giant lizard costumes must have some good tail swing to look as real as possible. Same goes for the body, it should not be rigid and fixed and it should have same movements to resemble a dinosaur.

The walking and other movements should be made by using the soft material and silicon is a preferred material for the job. 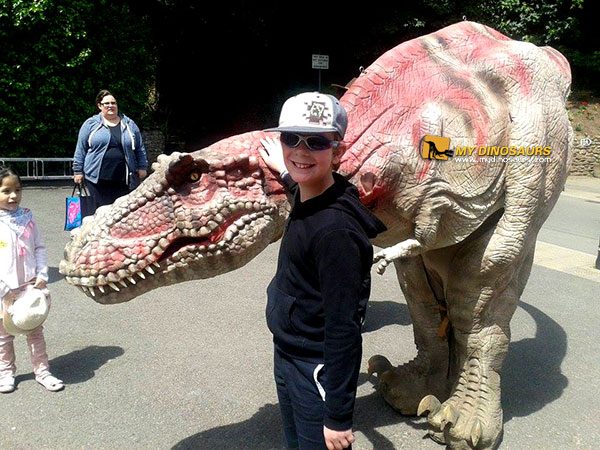 What are the places for using dinosaur costumes?

For both indoor and outdoor amusement parks, dinosaur costumes can be very useful. They can help set a feeling for the theme of the amusement park.

Museums prefer giving experiences which include a thorough depiction of a specific incident or any era. If the theme is Jurassic, what can be a better option than having realistic dinosaur costume?

Exhibitions on the Jurassic era include a complete collection of everything from that era. In such situations, only images cannot make a deep impression on the audiences, get hold of some dinosaur costume to do the magic.