Smilodon is an extinct genus of machairodont felid. It is perhaps one of the most famous prehistoric mammals, and the best known saber-toothed cat. Although commonly known as the saber-toothed tiger, it was not closely related to the tiger or other modern cats. Smilodon lived in the Americas during the Pleistocene epoch (2.5 mya–10,000 years ago). The genus was named in 1842, based on fossils from Brazil. Three species are recognized today: S. gracilis,S. fatalis and S. populator. The two latter species were probably descended from S. gracilis, which itself probably evolved from Megantereon. The largest collection of Smilodon fossils has been obtained from the Rancho La Brea Tar Pits in Los Angeles, California. 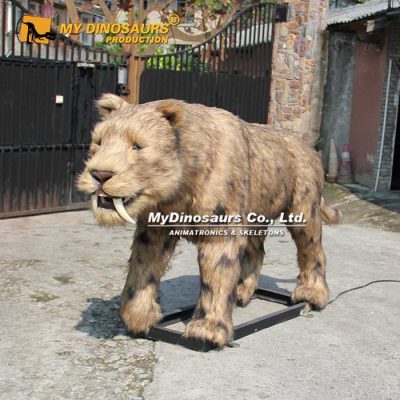 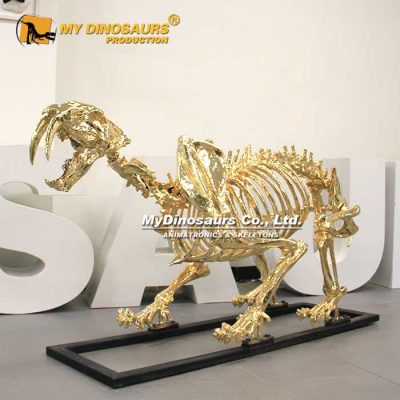 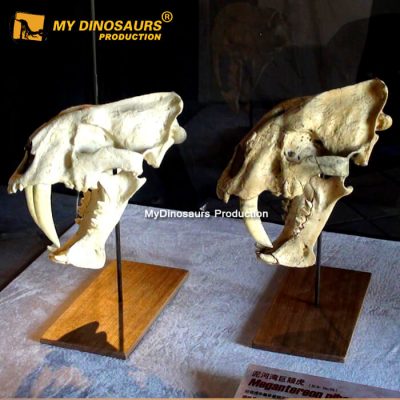 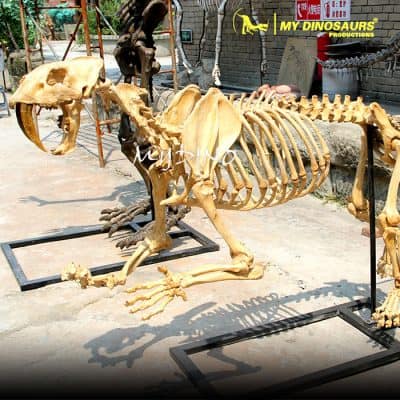