A dinosaur exhibition is an excellent way of getting people interested in these reptilian-like creatures which inhabited this planet millions of years ago. After you have selected the venue for the exhibition, your primary task involves deciding how to choose dinosaurs and where to place them. This article outlines two ways in which you can arrange dinosaur exhibits in your exhibition.

Based on Time Period

One way of placing dinosaur exhibits in your exhibition is by organizing them in chronological order. The geological period in which dinosaurs existed on the planet is called Mesozoic Era or the Age of Reptiles. This period extended for roughly 186 million years. Scientists have divided the Mesozoic Era into three distinct periods – Triassic, Jurassic and Cretaceous. Now, let’s look at some of the dinosaurs from each of these geological periods which you can display in your exhibition. 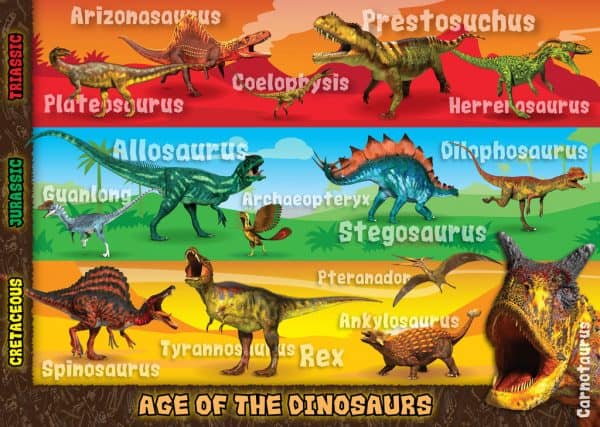 Another dinosaur which emerged during this period was Plateosaurus (“flat lizard”). Plateosaurus was a bipedal herbivore which weighed around 3 tonnes and could grow up to 7 meters in length. It had a small skull attached to a long, flexible neck. And its jaws were lined with sharp teeth useful for chewing through plants.

The period ranged from 200 million to 145 million years ago. It can be further subdivided into three epochs: the Early Jurassic, the Middle Jurassic, and the Late Jurassic. During this period, dinosaurs started dominating the terrestrial habitat. The Jurassic period saw the development of gigantic sauropod and theropod dinosaurs.

Dilophosaurus (“two-crested lizard”) was one of the earliest theropod dinosaurs which existed during the Early Jurassic Period. It reached around seven meters in length and weighed approximately 400 kg. It was a slender, bipedal carnivore with plate-shaped crests on either side of its head.

Stegosaurus (“armored roofed lizard”) was a thyreophoran dinosaur which existed during the Late Jurassic period. It could grow up to nine meters in length and weighed around seven metric tons. Stegosaurus was an herbivorous quadruped with a rounded back, short forelimbs, and long hind limbs. Stegosaurus is one of the most recognizable dinosaurs because of its unique tail spikes and defensive spine plates. 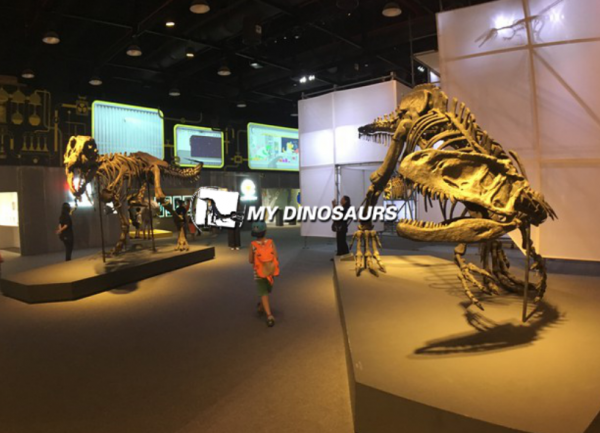 The longest period in the Mesozoic Era, the Cretaceous Period lasted from 145 million to 100 million years ago. It is divided into two epochs: the Early Cretaceous, and the Late Cretaceous. During this time, dinosaurs achieved maximum diversity as many new groups started evolving from the already existing ones.

A widely known dinosaur of this period was the Spinosaurus (Spine lizard). It was a theropod dinosaur that lived in prehistoric North Africa, during the Early Cretaceous period. It could grow up to 18 meters in length and weighed between 7 and 20 tonnes. Spinosaurus had a long and narrow skull, very similar to that of a modern crocodilian. It had unique spines which were at least 1.65 meters (5.4 ft) long and it was among the largest of all known terrestrial carnivorous dinosaurs.

Another famous dinosaur which lived during the Cretaceous Period is a Tyrannosaurus rex. It was a coelurosaurian theropod dinosaur and inhabited modern day western North America, on what was then an island continent called Laramidia. It is one of the largest known land predators and is also speculated to have exerted the most massive bite force among all terrestrial animals.

Instead of displaying individual dinosaur exhibits, you may place them as dinosaur family groups to show their herding behavior. You can put two big dinosaurs along with one or two small dinosaurs belonging to the same species. Now, let’s look at some of the dinosaurs which you can display as a family in your exhibition.

Most sauropod dinosaurs traveled in herds. Brachiosaurus was a sauropod dinosaur which lived in prehistoric North America. Elmer S. Riggs first described it in 1903, and he also declared it as the tallest and largest dinosaur ever found. Brachiosaurus weighed around 80 tons, and its forelimbs were taller than the hindlimbs. It had a small head attached to a very long neck which looked similar to a modern-day giraffe, and a large body.

Triceratops (“three-horned face”) was an herbivorous ceratopsid dinosaur that during the late Cretaceous period. It had a large skull that took up a third of its entire body. It had three horns and a backward-pointing frill. Most paleontologists speculate that these dinosaurs traveled in groups, mainly groups of family.

Styracosaurus (“Spiked lizard”) existed during the Cretaceous Period. It was around 18 feet long, 6 feet tall and weighed over 3 tons. Styracosaurus is known to have one of the most distinctive skulls of any ceratopsian dinosaur. It had four to six long horns extending from its neck frill, a smaller horn jutting out from each of its cheeks and a two-foot-long horn protruding from its nose. A bonebed of 100 Styracosaurus was unearthed from Arizona indicating that they traveled in herds as well.

There are many other ways in which you can arrange dinosaurs in your exhibition, but these two methods are the most common and most natural ways of doing it. We hope that this article will help you choose the right plan of arrangement for your exhibition.