Is Sanxingdui an alien relic? The answer is hidden in the latest archaeological results.

250Km away from MyDinosaurs factory – The Sanxingdui Museum shocked the world with the latest archaeological results were released on the 20th of this month.

Prior to this, the impression that Sanxingdui left on people can probably be summarized in terms such as “mysterious” and “novelty”. Many people will be curious about what the ancients who lived in this ruin are like, and some even speculate that Sanxingdui is an alien. remains. However, the latest archaeological results have already answered some questions to a certain extent. 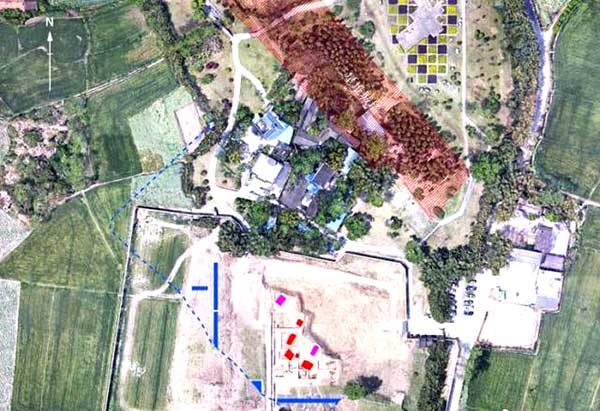 Is Sanxingdui an extraterritorial civilization?

The reason why there is such an imagination of Sanxingdui is closely related to the many cultural relics unearthed in the “Sacrificial Pit” No. 1 and 2 of the site in 1986.

Sun Hua, a professor at the School of Archaeology, Arts and Sciences of Peking University, said frankly that the discovery that year attracted great attention from domestic and foreign scholars and the public because “everyone was surprised and felt that China did not seem to cast these things before.” 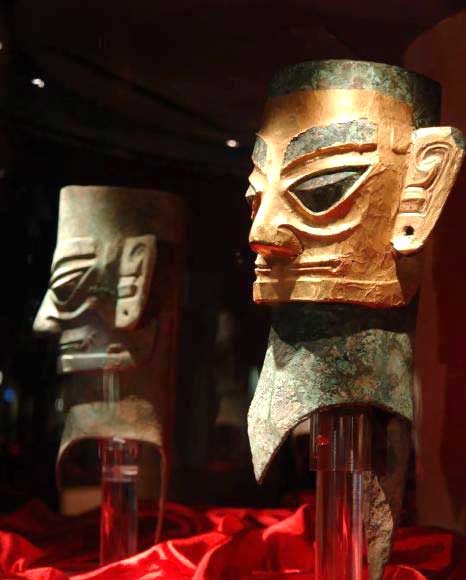 So, is Sanxingdui really a relic out of Chinese civilization? The answer has to be found in archaeological evidence.

According to the State Administration of Cultural Heritage of China, at present, pits 3, 4, 5, and 6 have been excavated to the artifact level and pits 7 and 8 are being excavated to fill the pits. Remnants of gold masks, bird-shaped gold ornaments, and gold leaf have been unearthed. , There are more than 500 important cultural relics such as painted bronze heads, giant bronze masks, bronze sacred trees, ivory, exquisite tooth carvings, jade songs, and jade wares.

In addition, the deputy director of the State Administration of Cultural Heritage said in an interview with the media that the bronze square statues, large bronze masks, and ivory trinkets carved with diamond patterns were all very important new discoveries.

One thing here seems to be different from people’s inherent impression: the Sanxingdui site with obvious characteristics of extraterritorial civilization also has Fangzun that was popular outside Sichuan in ancient times? 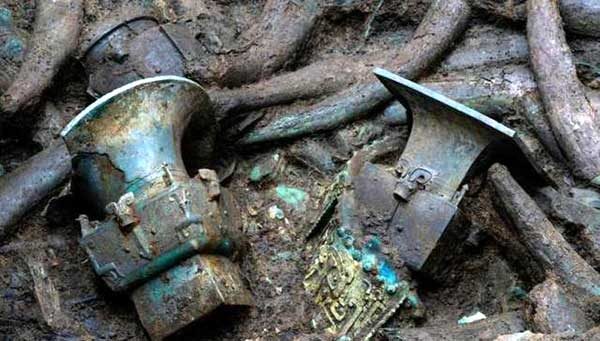 The trace of cultural exchange

Dakouzun in the southern part of the late Shang Dynasty was found in Hunan, Hubei, and other places in history. This shows that Sanxingdui had the possibility of communicating with the middle and lower reaches of the Yangtze River at that time. 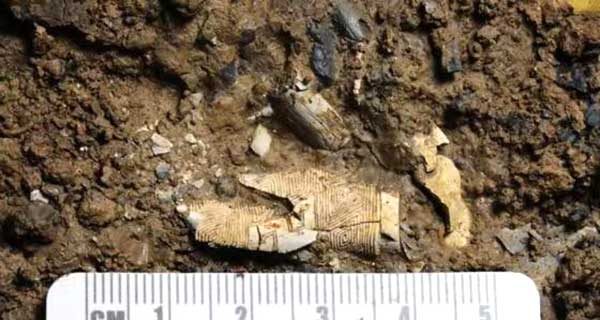 Fragments of ivory carvings in the sacrificial pit

Excavations at the Sanxingdui site that have lasted for decades have not found any written or written records. Is there any text in Sanxingdui? Archaeologists found carved symbols on many potteries. “We tend to think that this is at least a sign of text.” But what do these symbols mean? This is a new problem again.

In this excavation, archaeologists made full use of modern technology. This also allows archaeologists to see the possibility of solving some questions.