Starting from films to cartoons, from amusement parks to museums, dinosaurs capture the spot everywhere. You can even find realistic dinosaur costumes that are designed for various occasions. You can wear them to a theme party, or on the occasion of Halloween, or even in theatre shows where you play the character of a dinosaur. Today, in this particular article, we are going to discuss something about dinosaur costumes, and it’s utilization in theaters.

A theatre is a place where you can witness live performances on various acts that are performed by actors and actresses. Most of these live stage performances are performed wearing costumes to enhance the feel of the act and also to make things more realistic. To dress up like dinosaurs, you will have to arrange for realistic dinosaurs costumes.

Some dinosaur plays in theaters are conducted by schools where teachers and senior students perform together on stage to put up a good entertaining show for the audience. These kinds of shows are not only entertaining for the kids, but it also serves as a fun time for the adults. You can get realistic dinosaur costumes on rent or you can even buy them from any local costume store or online store. You can get a wide variety of these costumes online.

Beside the dinosaur shows in school, there are some wonderful shows for you.

WALKING WITH DINOSAURS – The Arena Spectacular

Walking with Dinosaurs, presented by Global Creatures in association with BBC Studies. The dazzling $20 million production features new, state of the art technology, making this the biggest and best dinosaur show in the world. Internationally renowned designers have worked with scientists to create 18 life-size creatures, including the Stegosaurus, Raptors, and the terrifying Tyrannosaurus-rex! 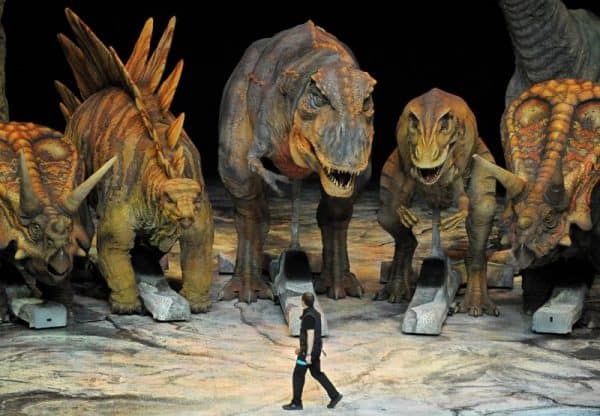 There you can meet a menagerie of insects, mammals and dinosaurs that once roamed free around the world. Erth’s dinosaurs are unmistakably ‘alive’ and mostly friendly in this fun, educational and unique performance that will delight all audiences from ages 5 years and up. 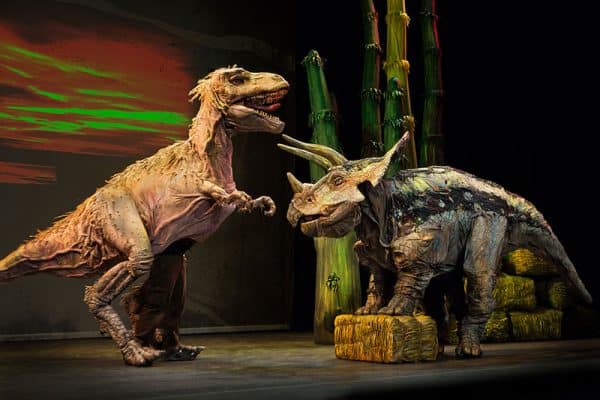 It is an interactive new show for all the family. You can experience the dangers and delights of Dinosaur World Live. In the show you can your compass and join the intrepid explorer across uncharted territories to discover a prehistoric world of life-like dinosaurs.

So, you can see that how these realistic dinosaur costumes are used in the theatres. Make it a point to take your kids to one of the dinosaur plays so, that you will have a good time.