Palooza Land is the first amusement and theme park in Morocco!! Enter the Prehistoric world as if you were living in Dinosaur’s time! With a playful circuit and attractions, enjoy a pleasant family day of discovery and fun! 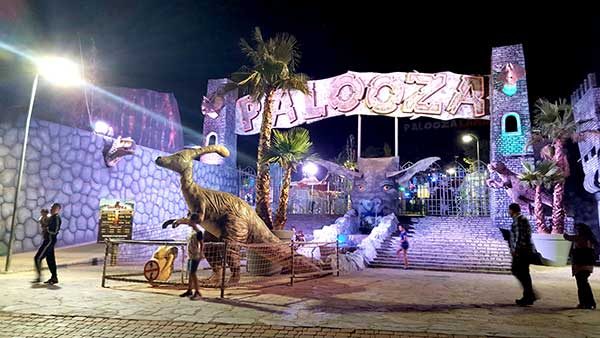 The land park with five distinct sections: Dino World, Fantastic World, Play World, Water World, and Show World. Each area has its own design touches that have been carefully thought out. The majority of attractions are geared towards a younger audience, though there’s plenty to do for older visitors too. 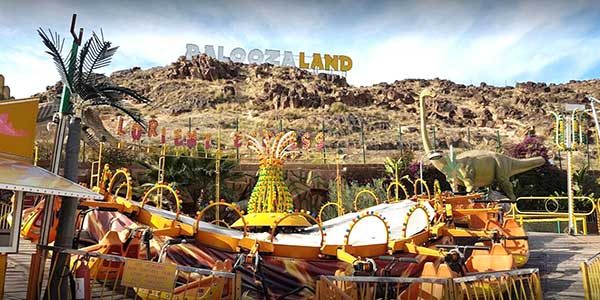 In Fantastic World, which people described as Alice in Wonderland; the six hundred square meter area had a collection of oddities including brightly painted trees, an oversized animatronic butterfly, a two-meter high rose with a smiling face at its center, a boot the size of a small house, giant spiders, and an anatomically complete homo Erectus that provided considerable amusement for the local children who kept grabbing on to his parts. There was a track ride around the outside of the area with target shooting elements but this turned out to require a separate ticket, and given that, we decided to give it a miss. Later on, I wondered whether we’d missed another opportunity to hear Under the Sea in an unsuitable environment; perhaps another enthusiast can determine that for us at some stage. 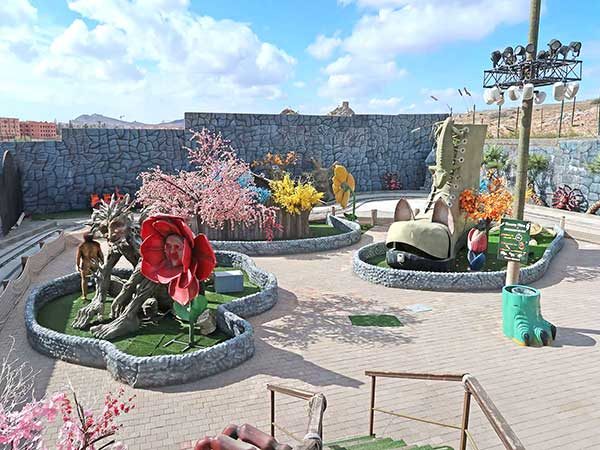 Animatronic Talking Tree for the Wonderland>> 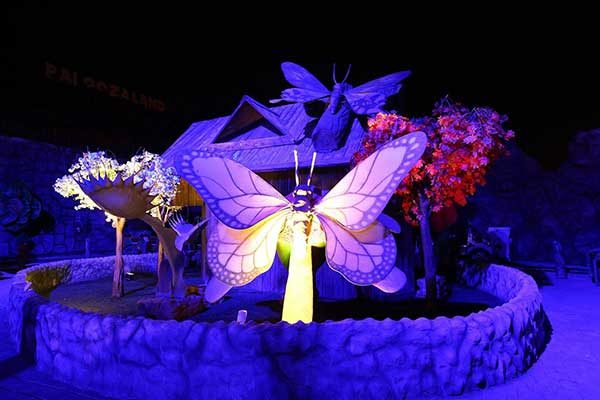 Welcome to the Dino World! Immersing in the world of dinosaurs without 3d glasses, life-size robotic dinosaurs are roaring next to you, you come and drifting in the dinosaur park, games, and dreams, this is the promise of palooza, in Dino World, you can ride on a dinosaur walk everywhere, you can touch the dino bones from the prehistoric times, also you can enjoy a dino show with fifteen attractions to fill up on sensations, an extended journey to live a life of an adventurer and a 6d cinema that brings your favorite films to life!! 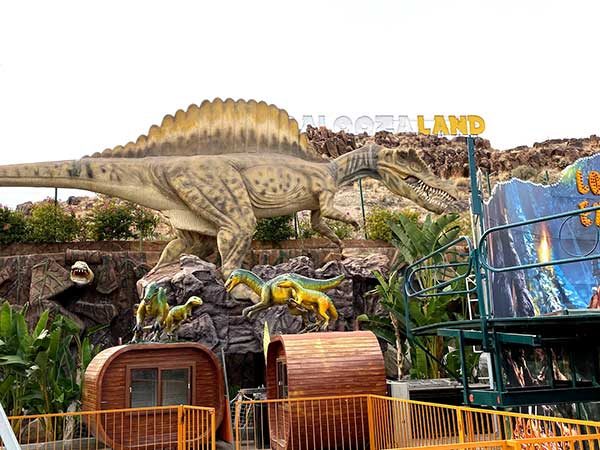 This project was finished in 2015, but the first contact from the park was in 2013, the designer with the concept of the park found us to produce all the dino statues, trees, rides, and skeletons, to ensure the models operate well we send an installation team to Monaco to assist clients and training the local technicians. 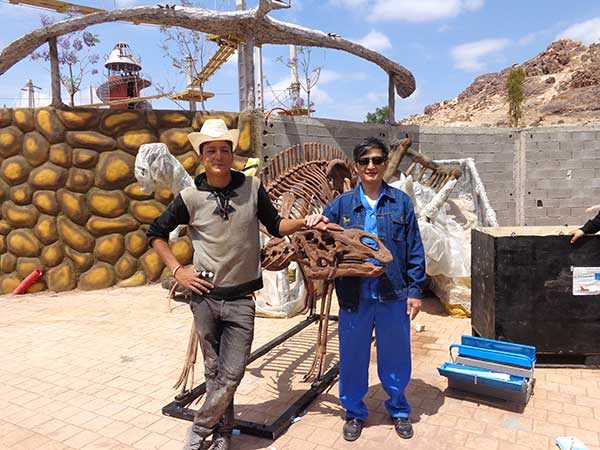 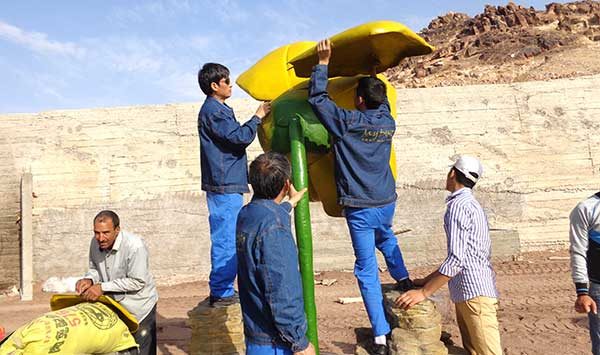 MyDinosaurs is a world leader in manufacturing animatronic exhibits – animatronic dinosaurs and animatronic animals for zoos, museums, and theme parks. Our aim is to help promote awareness of prehistoric creatures by these interesting and interactive animatronic models and bring lots of fun to the kids and families. Contact us for further details!