Pakicetus is an extinct genus of amphibious cetacean of the family Pakicetidae, which was endemic to modern Pakistan during the Eocene. The vast majority of paleontologists regard it as the most basal whale.

Based on the skull sizes of specimens, and to a lesser extent on composite skeletons, species of Pakicetus are thought to have been 1 metre (3.3 ft) to 2 metres (6.6 ft) in length.

Pakicetus looked very different from modern cetaceans, and its body shape more resembled those of land dwelling, hoofed mammals. Unlike all later cetaceans, it had four fully functional, long legs. Pakicetus had a long snout; a typical complement of teeth that included incisors, canines, premolars, and molars; a distinct and flexible neck; and a very long and robust tail. As in most land mammals, the nose was situated at the tip of the snout.

Reconstructions of pakicetids that followed the discovery of composite skeletons often depicted them with fur; however, given their close relationships with hippos, they more likely had sparse body hair.

The first fossil found consisted of an incomplete skull with a skull cap and a broken mandible with some teeth. Based on the detail of the teeth, the molars suggest that the animal could rend and tear flesh. Wear, in the form of scrapes on the molars indicated that Pakicetus ground its teeth as it chewed its food. Because of the toothwear, Pakicetus is thought to have eaten fish and small animals. The teeth also suggest that Pakicetus had herbivorous and omnivorous ancestors. 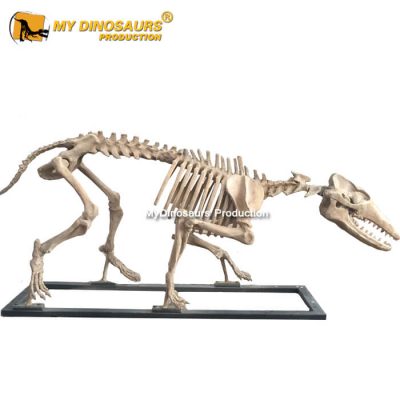 AS-055 How To Buy Pakicetus Skeleton from China 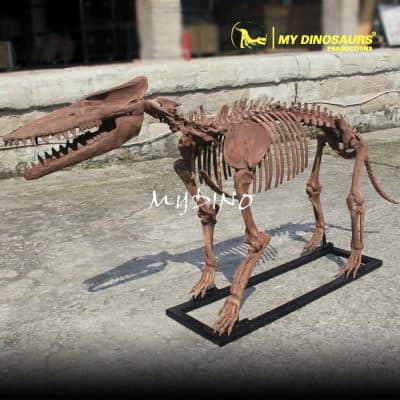 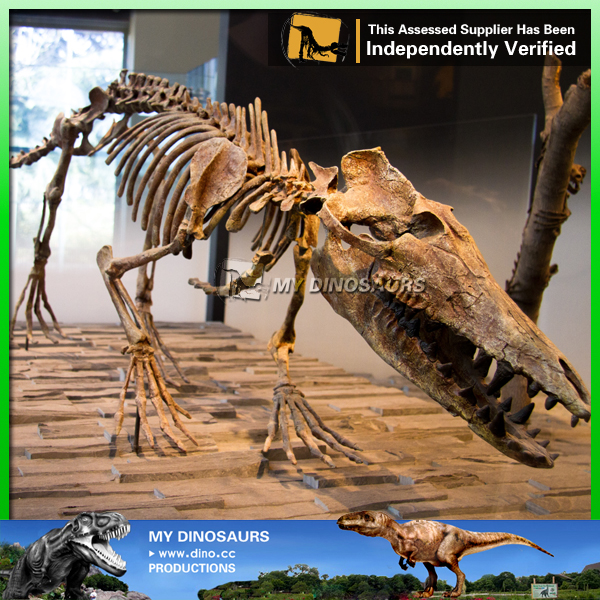 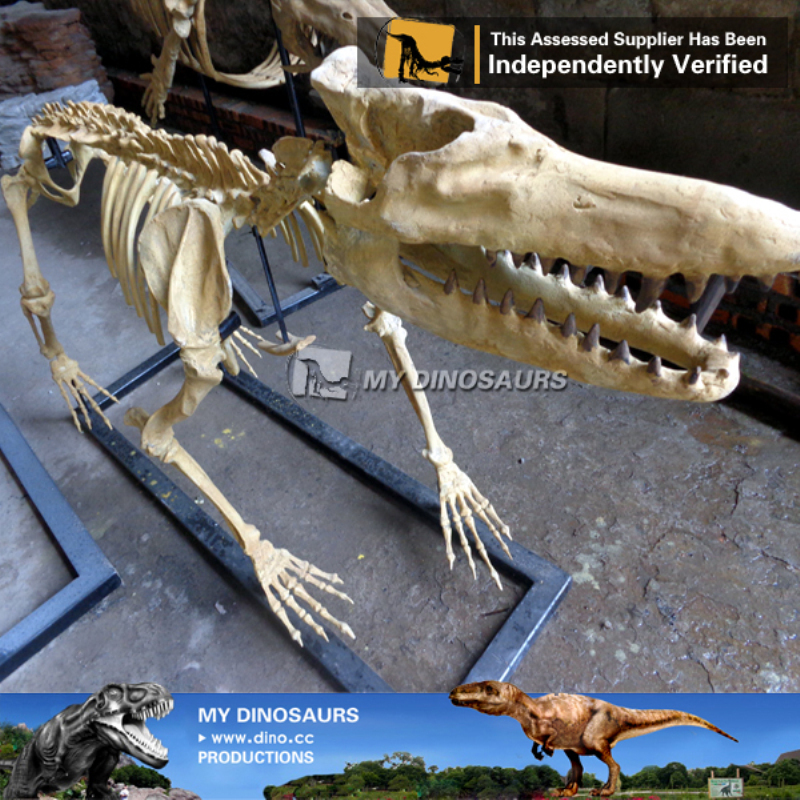