The Institute of Paleospine Sciences of the Chinese Academy discovered the prehistoric giant shark-Megalodon, which was lived 290 million years ago in the Yangquan area of Shanxi for the first time. This research has enriched our understanding of the biodiversity of the Permian Uralian in North China, greatly expanded the paleogeographic distribution range of the megalodon in the northern hemisphere, and provided important information for the migration of the megalodon across the Paleo-Tethys Ocean. The megalodon fossil discovered in China indicates that it has the ability to migrate across the ocean, further supports that the megalodon may be a top predator with skilled swimming ability. The results of this research are published in the form of a cover article in the international academic journal “Acta Geologica Sinica” on Aug.25, 2021. 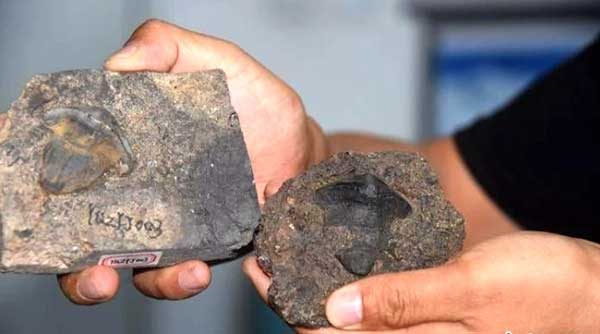 Phalodendron is a very mysterious group under the Euchondrhagia, and currently, only 17 genera and species have been described. Seven teeth fossils of megalodon found in Yangquan Qian limestone have been compared and determined to be the Ohio tooth shark in the genus Pelodon, which is a member of the genus Pelodon. This discovery renewed the world’s fossil distribution record of the genus Pterocephalus, revealing that megalodon may be a type of pelagic fish that is good at swimming and spreading. It is also useful for studying and analyzing the Permian marine biodiversity in North China. It is of great significance to indicate the ancient environment. In the broad classification, the squamous shark belongs to the cartilaginous fish in the jaws, but it cannot be attributed to any of the two major branchings of the extant cartilaginous fish. It belongs to the more Primitive cartilaginous fishes, mainly lived in the Carboniferous to Permian period. Since most of the bodies of cartilaginous fishes are difficult to preserve, all the teeth fossils of the megalodon found so far are scattered teeth.

The size of their teeth is similar to those of living great white sharks. It can be inferred that the megalodon is a prehistoric giant shark with a body length of up to three to five meters. The previous view is that they are bottom-dwelling, slow-moving shell-eating fish that feed on benthic brachiopods, bivalves, and other crustaceans. But judging from the existing teeth fossils, the unique shape of the teeth indicates that it may be another way of life: the edge of the blade-shaped tooth is covered with a large number of vertical grooves, this tooth form may be more suitable for biting the muscle tissue of the prey. And the study also shows that the horizontal imbricated ridge strips surrounding the base of the crown of the megalodon may have the function of preventing the escape of prey by increasing friction when the tooth pierces the muscle and soft tissue. Therefore, the niche of the megalodon may be similar to that of the modern great white shark, and it was the top predator in the Paleozoic ocean. 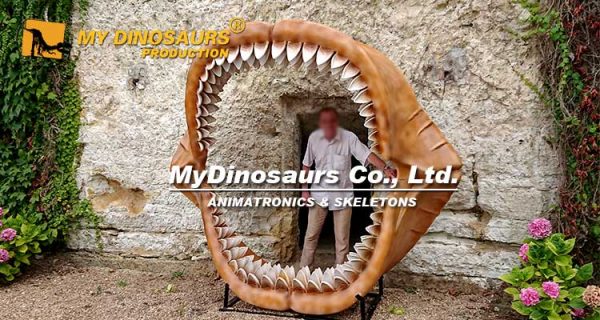 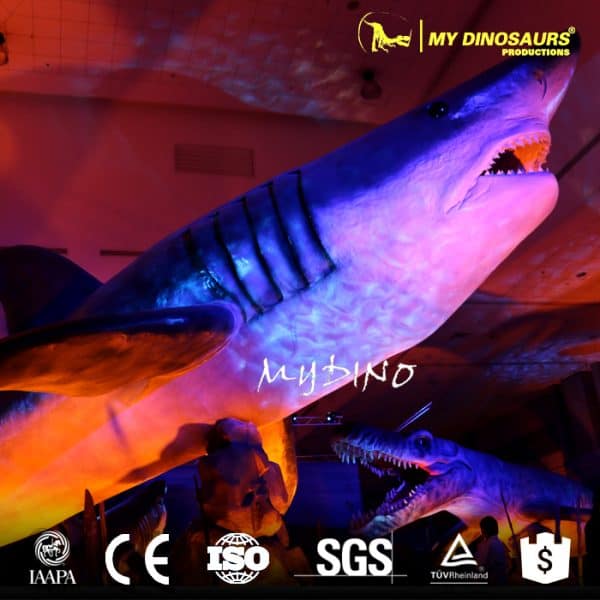 The shape of the megalodon jaw is unique, many places use its model for display, entertainment, photography, and passage decoration. If you are interested in this model, you can contact us for dimensions and details, our customized service is also available! 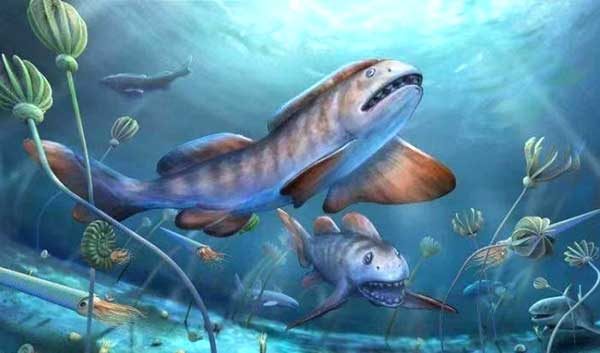 Or if you’re interested in the realistic megalodon, we can also customize it for you. MyDinosaurs is not just make dinosaurs!