What are the animatronic insect models?

The animatronic insect is to use modern technology to enlarge the model structure of the insect itself by a hundred times and make a realistic simulation model by a thousand times. The appearance, shape, movement, and other aspects of the simulated insect are very realistic, the shape is lifelike, and the action is vivid.

The manufacturing process of animatronic insects is similarly divided into two processes.

The first is to use steel to make the internal support, plus machinery and transmission, and use the high-density sponge for three-dimensional processing to make the dinosaur muscle part, and then add fiber to the muscle to increase the strength of the dinosaur skin, and finally, evenly brush it after diluting with silica gel The skin of the insect is formed on the muscles of the insect, and then it is sprayed with color, and finally, the control program is implanted, so that a movable simulation insect comes out. It can achieve the movements of tentacles, head, tail, and other parts. 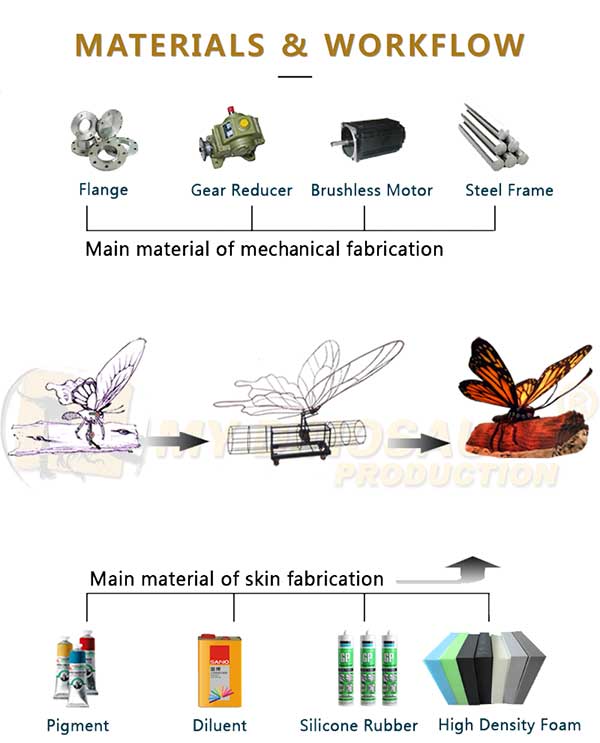 The second is the sculpture simulation of insects. His production process is to use more traditional clay sculptures and other shapes, and then use FRP to make molds, which are polished and colored. 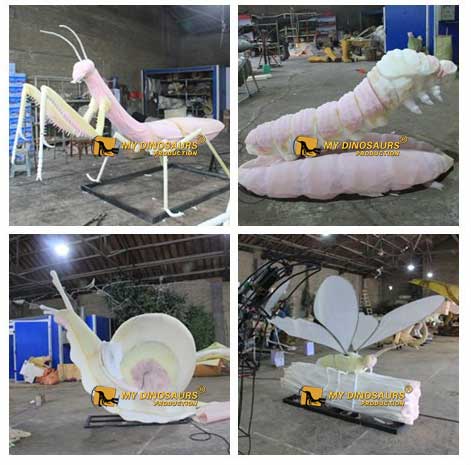 The world of insects is strange and weird. Insects, like other animals, live in a life-and-death nature. The weak will be eliminated there, and the strong will survive time after trial. Different insects have different survival skills. Fabre once wrote the book “Insects” which attracted many entomologists, insects The exhibition must be watched. It will not only satisfy children’s curiosity but also enrich their extracurricular natural knowledge. 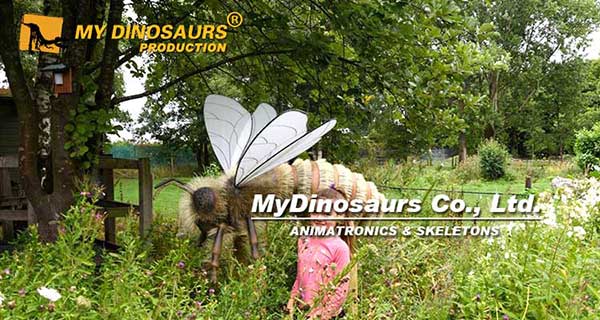 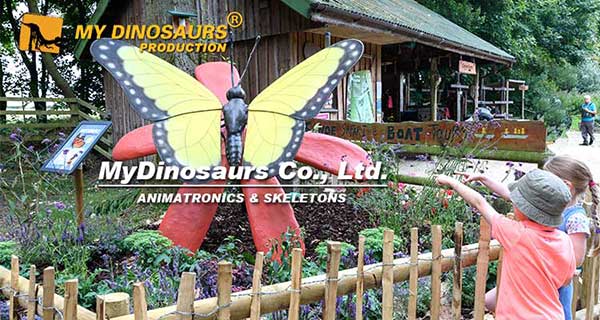 Facing the Super-sized Butterfly in Animatronic >> 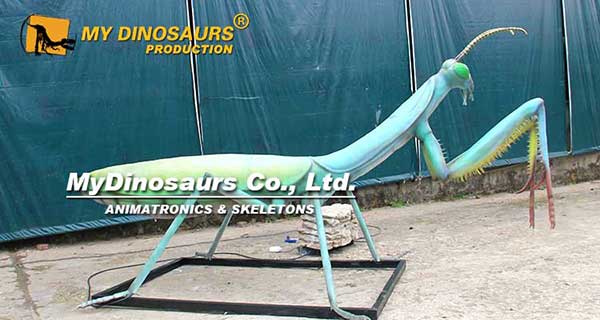 These robotic giant insects spotlight special features including the individual sounds and movements that make these insects unique members of the insect kingdom. visitors can experience a bug’s life as they crawl like a spider, fly like a bee, and dig like an ant while interacting with these enormous insects.

MyDinosaurs is the supplier of mega bugs exhibitions all over the world, we provide fascinating super-sized insect butterflies, ants, mantes, bees and so on, Contact us for more details