A farmer father and his son in Hunan, China, used scrap car parts and pictures downloaded from the Internet to stitch together “Transformers” in abandoned factories in the countryside. These Transformers not only attracted many visitors but also brought them an annual income of over one million yuan ($156,359). 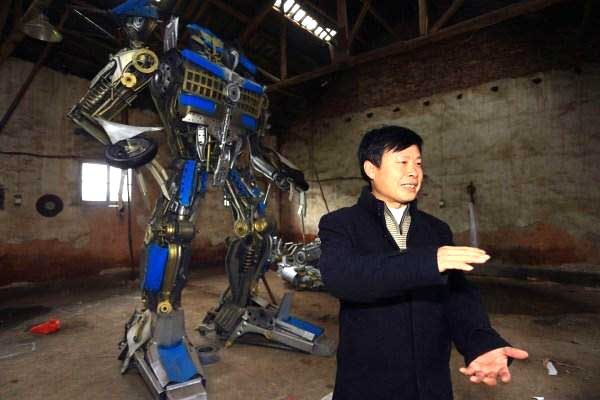 Transformers movies took the Chinese cinemas by storm and quickly became the highest-grossing movie. Such was the public interest in these alien humanoid robots that it has inspired a growing robot model manufacturing industry. These models are being made locally in backyards of houses. This cottage industry has become very profitable as the robots are made from scrap metal and used car parts and afterward. 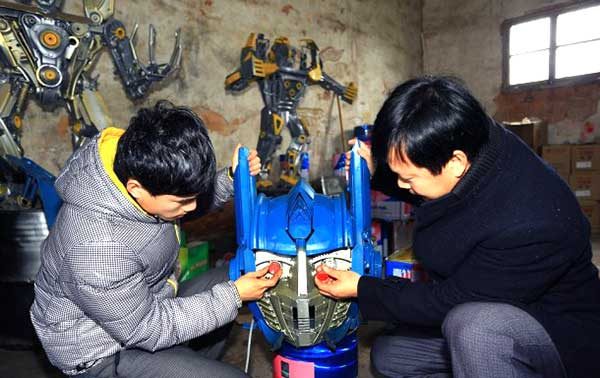 Yu Zhilin, the father who has a foundation in art, began to have the idea of making Transformers in 2007. Without any external support, it took nearly three years to finally produce the first batch of Transformers models in 2010. After several years of hard work, he and his son also created a small workshop specializing in the production of Transformers. 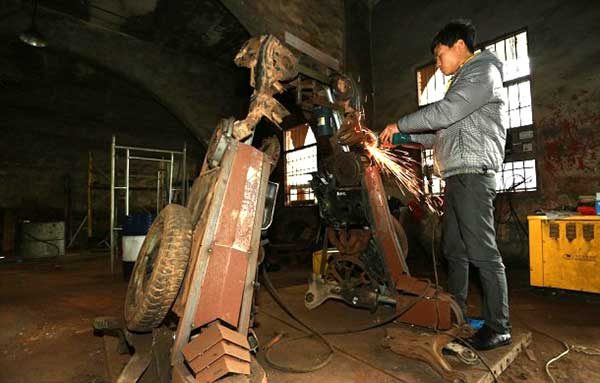 Today, Yu’s Transformers business is on track. The Transformers he made have gone out of Village. With the continuous expansion of sales and leasing business, the father and son now earn more than one million yuan  ($156,359) each year.

In order to increase sales and expand their influence, they have also made their own web pages and opened an online shop, which can provide customized services, and make Transformers of different sizes and shapes. Some customers even hope to add spray smoke and fire-breathing to Transformers. 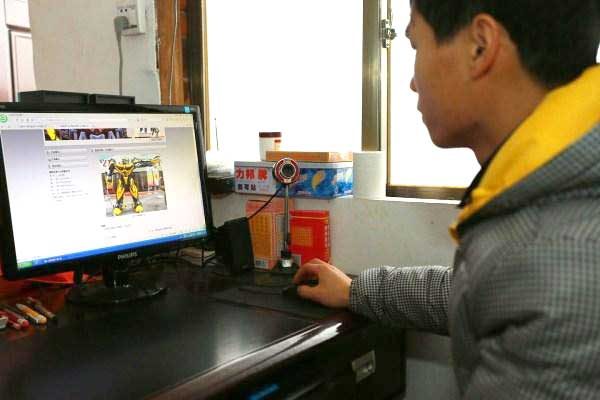 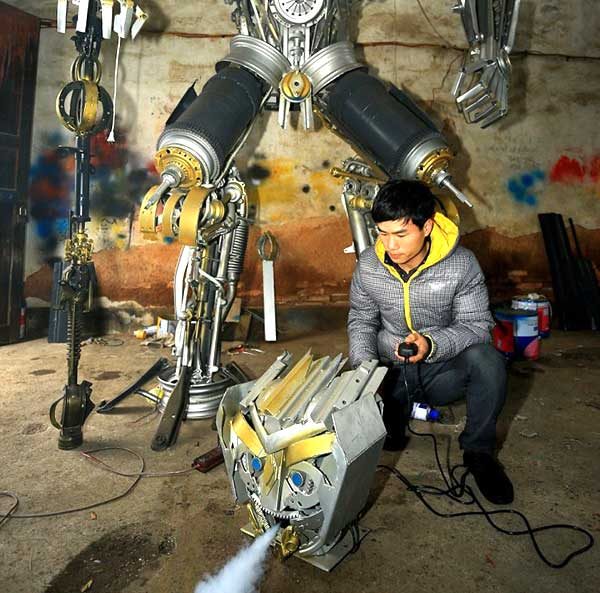 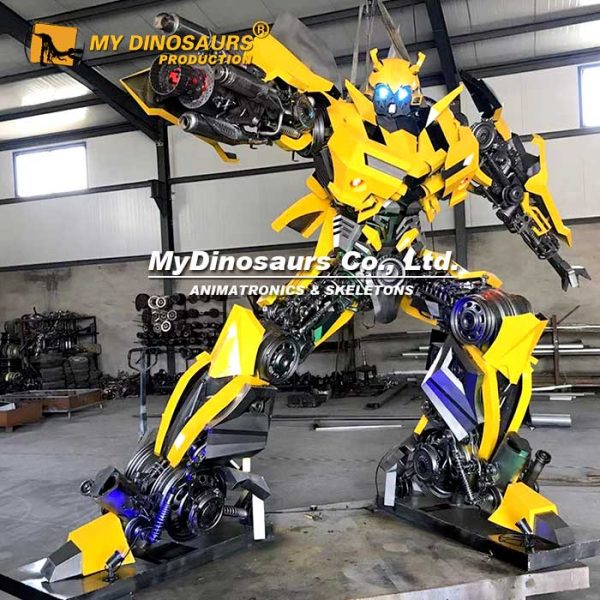