It should not come as a surprise that Dinosaurs were social animals, because many animals today are gregarious and form groups. Fossil evidence documents show that similar herding behavior in a variety of dinosaurs.

But the traditional exhibition is always with a single animatronic dinosaur displaying, it already has been outdated today. The more attractive way is to put the single dinosaur into a scene. So that the dinosaur is no longer lonely, they’re in a group. 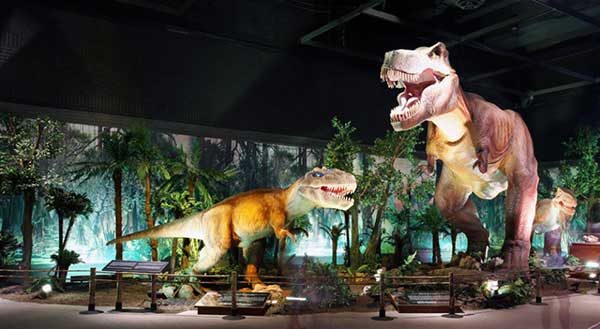 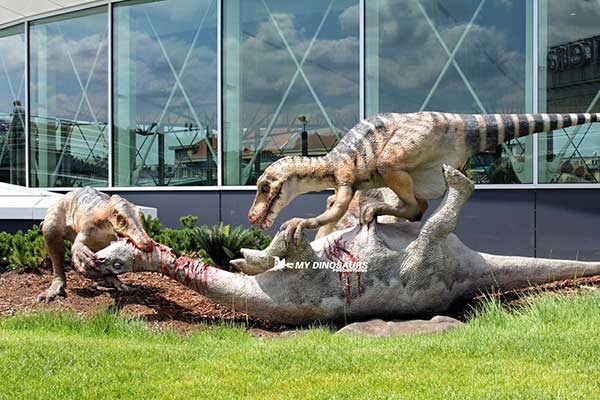 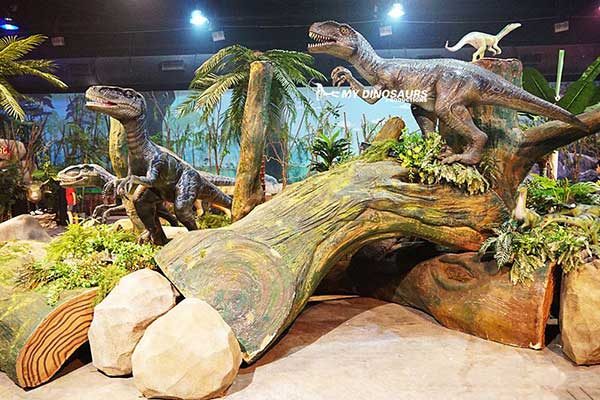 Apart from displaying the animatronic dinosaurs, it’s also important to guide visitors to discover how the dinosaurs go extinct – inspire their curiosity.

Volcanoes probably helped kill the dinosaurs. So that the volcano with light and sound effect, can be a prop between the displaying areas of animatronic dinosaurs and dinosaur skeleton fossils.

Around the volcano, dinosaurs are escaping, strongly recommended to hang 5-8 pcs of pterosaurs from the ceiling, and a Baby Trex turning head back and roaring. The animatronic baby Trex can be replaced by a walking Trex suit, it comes out to interact with visitors for the show every day or on the weekend. 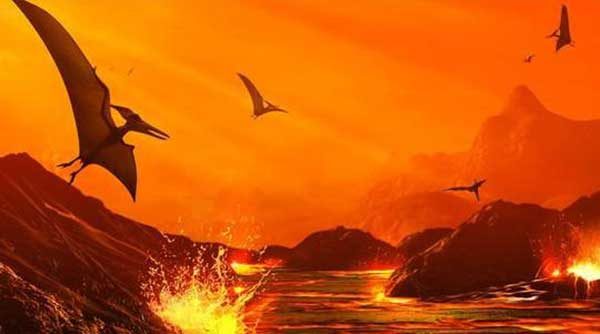 Dinosaurs may go extinct after the eruption of a volcano, they died and became fossils. After visiting the cruel scene, time to turn our eyes on a vital area – the dinosaur skeleton fossil exhibition, the place to explore prehistory.

Skeletons reconstructions show what do these dinosaurs look like millions of years ago. You can touch dinosaur teeth to understand what they ate and feel a thigh bone from a 25-tonne sauropod. Walk around, under, and through the skeletons and learn about their lives from the scientists who study them. 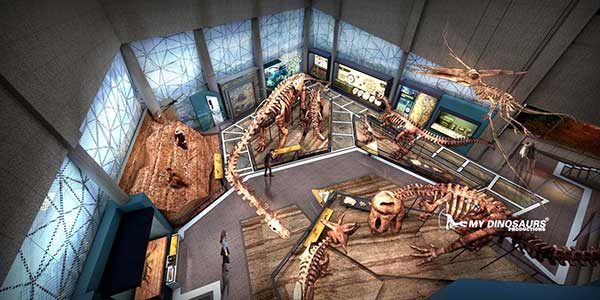 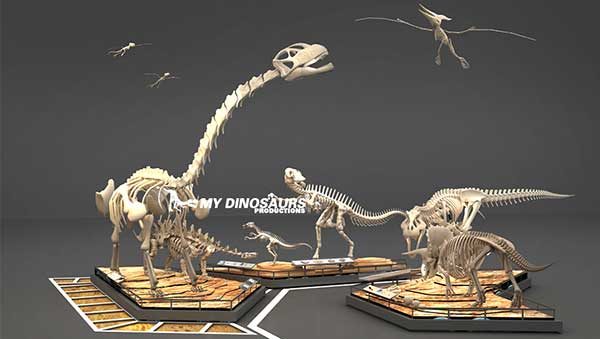 Fossil digs, children’s learning events, and weekend tours help attract people. Set an excavation site for them, after digging out all the bones piece by piece, time to restore the dino. 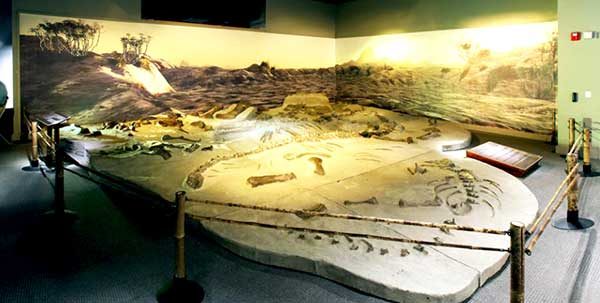 In short, the animatronic dinosaur is not the only option. One part entertainment, another part education. A variety of exhibits will make your show exclusive, MyDinosaurs is a professional dinosaur exhibition attraction supplier for 20 years, contact us to get more successful cases and price list!