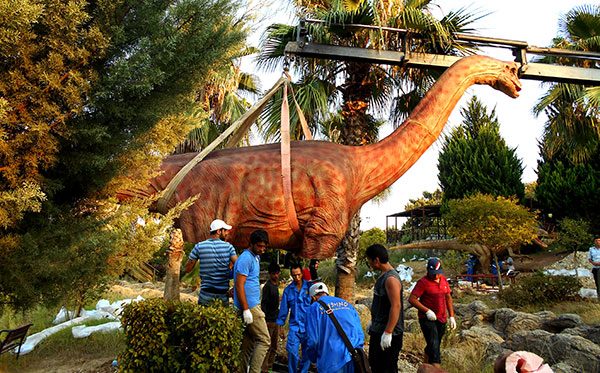 Standing outside the factory you can hear roars of the ancient beasts in the distance. Walking into the factory and you will feel like that you are stepping into the Jurassic period. The spacious production factory is full of all kinds of mechanical dinosaurs in various stages of the creation process. There are Tylosauruses which tower at over 20 meters in height, Tyrannosaurus Rex with a fierce fiery glare, Ankylosaurus covered with body armor…

Master Lee, who is 43 years old, is responsible for the step of sculpting. He uses professional cutting tools to carve each and every line, shape, and curvature of a dinosaur’s muscles and physique. He has been professionally modeling dinosaurs for 22 years, since 1995.
“Every cut must be precise,” Master Lee says. “If you cut too much, the sponge will be scrapped”.

The shaping process is carried out according to the blueprints provided by the customer and the scientific data of dinosaur research. Each muscle line of a dinosaur needs to be polished layer by layer to make it look real and detailed. For a dinosaur of 20-meter length, it takes at least three days just to complete the shaping work.

To make the dinosaur more realistic and flexible, motors and drive controls have been installed to control the movements of the front legs, neck, eyes, mouth, tail, breathing and even the body part. 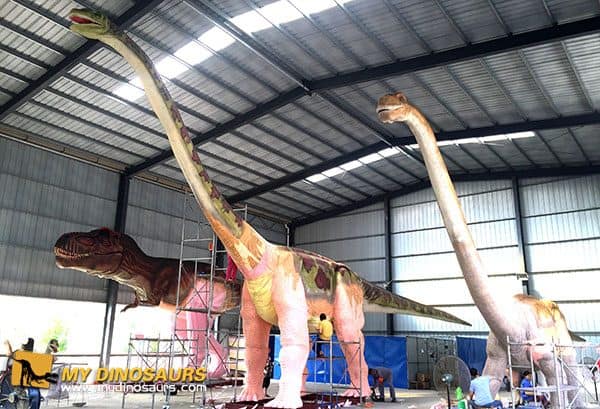 “Each driver controls one joint’s motion, and the movements of over a dozen of body parts per dinosaur can be achieved,” said Mr. Chen, a motor drive technician. After the 3D design, the worker will make the framework and will weld the joints, and then test the control functions on-site for debugging. 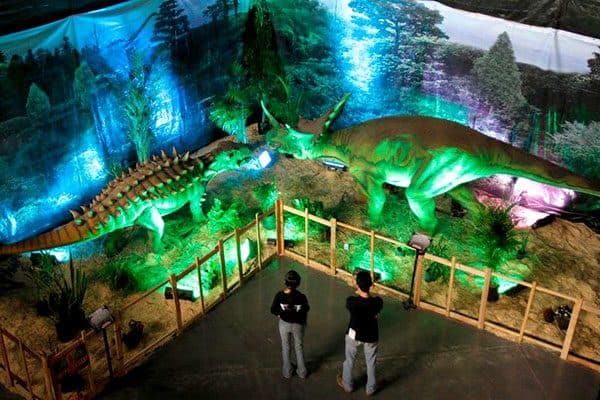 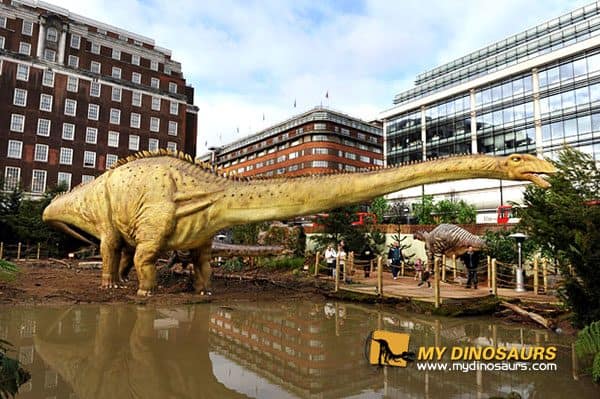