Livyatan is an extinct genus of physeteroid whale, similar in size to the modern sperm whale. It contains the single species L. melvillei. It lived during the Serravallian stage of the Miocene epoch, about 12 to 13 million years ago (Mya), though evidence from Australia implies that either it or a close relative survived into the Zanclean stage of the Pliocene, around 5 Mya.

Livyatan melvillei was 13.5 to 17.5 m (44 to 57 ft) long, about the same as a modern adult male sperm whale. The skull of L. melvillei is 3 m (9.8 ft) long. Unlike the modern sperm whale, Physeter macrocephalus, L. melvillei had functional teeth in both of its jaws. The jaws of L. melvillei were robust and its temporal fossa was also considerably larger than in the modern-age sperm whale. L. melvillei is one of the largest predators yet known, with whale experts using the phrase “the biggest tetrapod bite ever found” to explain their find. The teeth of L. melvillei are up to 36 cm (14 in) long and are thought to among be the largest of any animal yet known, with only a newly discovered relative from the Pliocene having teeth within the size range. Larger ‘teeth’ (tusks) are known, such as odobenocetops and narwhal tusks, but these are not used directly in eating 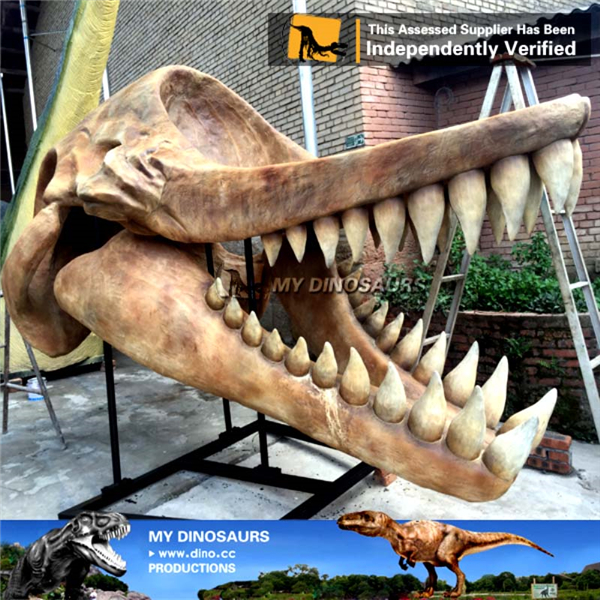 AS-015 Custom Made Leviathan Melvillei Jaw Skeleton For Sale