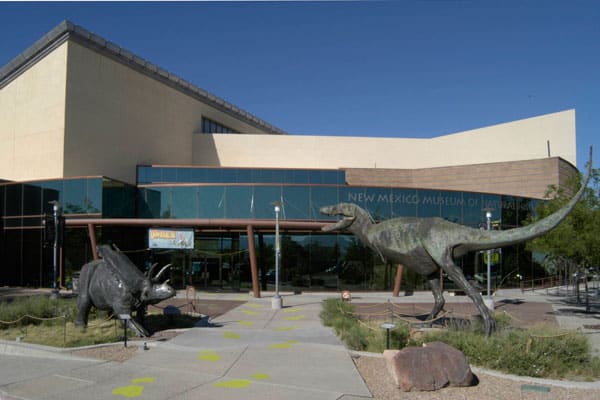 The New Mexico Museum of Natural History & Science consists of a museum, a planetarium and the Lockheed Martin Dynatheater, which offers digital 3D films on a five-story high screen. The museum preserves and interprets the distinctive natural and scientific heritage of the state of New Mexico through extraordinary collections, research and exhibits. 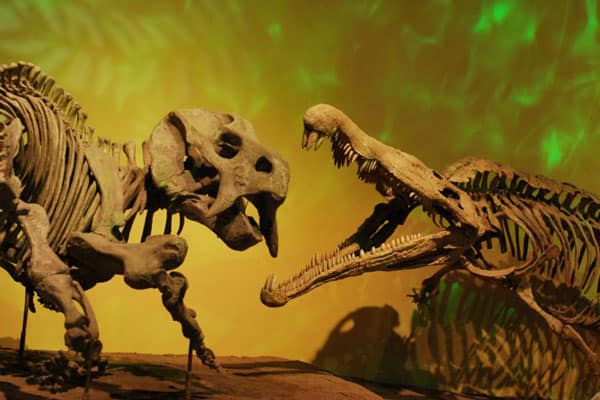 The Museum’s permanent exhibit halls illustrate a journey through time, covering the birth of the Universe (≈13.6 billion years ago) to the Ice Age(≈10,000 years ago). The eight journey through time halls are as follows: Origins, Dawn of the Dinosaurs, Jurassic Super Giants, New Mexico’s Seacoast, Age of Volcanoes, Evolving Grassland, Cave Experience and New Mexico’s Ice Age. 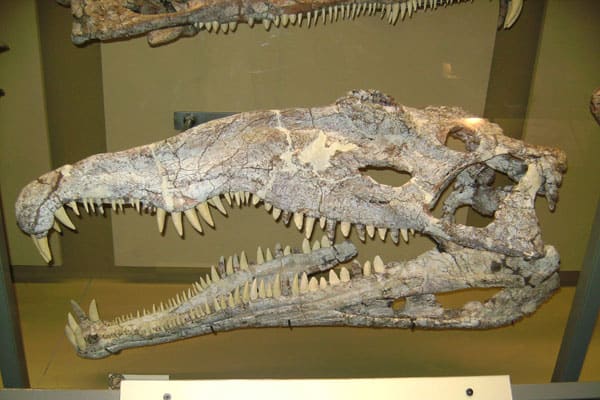 The Jurassic Super Giants exhibit features the complete skeletons of Seismosaurus, Saurophaganax, Stegosaurus, and one leg of a Brachiosaurus. In the museum’s atrium is the skeleton of Stan, a Tyrannosaurus rex measuring forty feet (≈12.2 meters) in length and twelve feet (≈3.7 meters) in height, the second largest T. rex ever found. 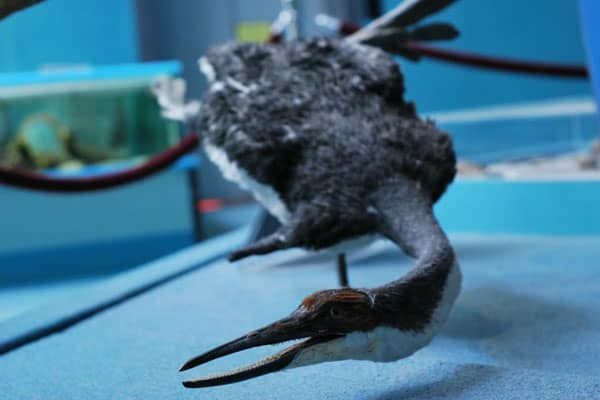 Bronze statues of two dinosaurs, a Pentaceratops named “Spike” and an Albertosaurus named “Alberta”, stand at the entrance. Many dinosaur fossils have been found in New Mexico, and a few of the ones on display in the museum are only known from New Mexico. 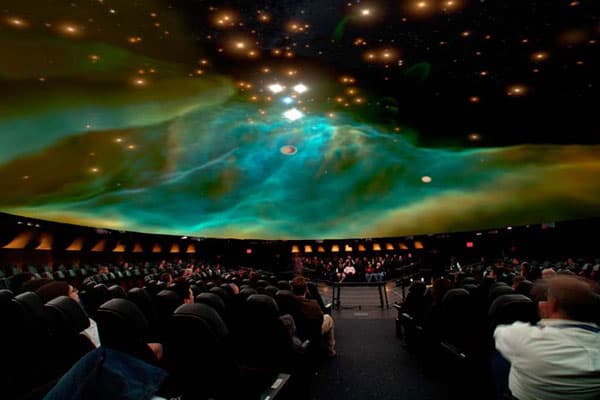 If you want to get more information about the museum and its exhibitions, link up with the following links: http://www.nmnaturalhistory.org/. 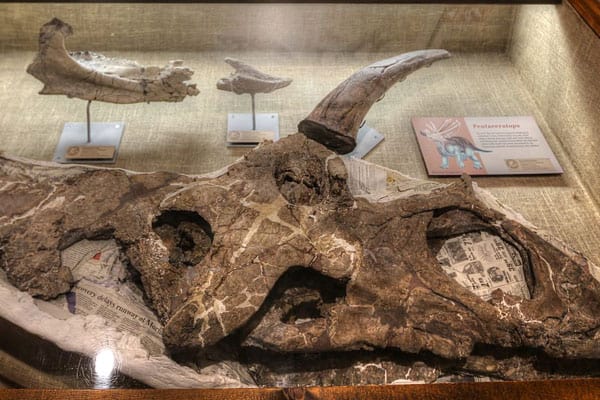