The blue whale is one of nature’s most magnificent and graceful beings. Louder, larger, longer, and heavier than any other creature.

Famous for their sheer mass, blue whales glide effortlessly through the ocean, dwarfing all else in their path. Commanding awe, they grow to over 33 meters long (around 100ft) – twice as long as a T-Rex. Even their calves are a whopping 7 meters in length, weighing in the same as an adult African elephant.

A whale’s skeleton contains a skull, a spine, and a rib cage, plus the bones that make up its flippers. Whales also contain several small bones floating down toward their tails.
Displaying the skeleton is the best way to research and get an understanding of this sea creature. But as the blue whales rarely strand on beaches, very few skeletons have been recovered for research or display. Worldwide, only 21 are available to the public for viewing. In this case, the artificial blue whale skeleton made of fiberglass becomes a significant replacement for displaying in various sites – museum, exhibition, school, hotel lobby, etc. 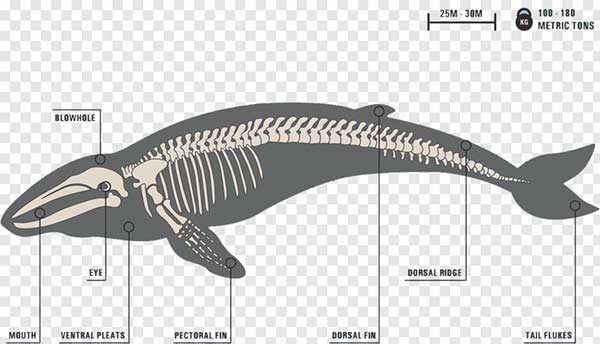 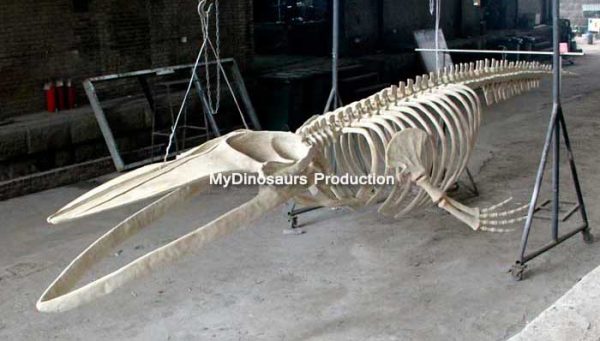 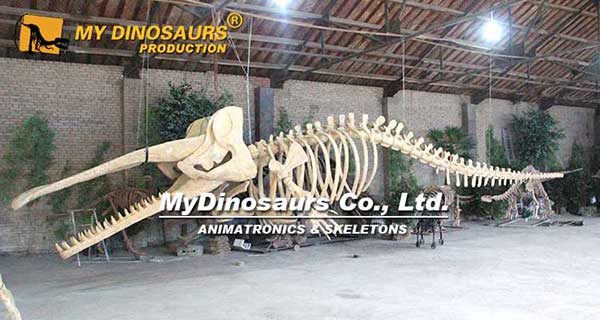 At the end of last year, a school in Australia inquired about a hanging pterosaur skeleton for their school building’s ceiling.

After having a look at some other options we can provide, they were interested in moving away from the dinosaur idea and possibly using a Blue Whale skeleton instead. This would probably fit their building better and would be a nice touch as Blue Whales migrate up and down the East coast of Australia not far from where they are.

Finally, the Head of Science and Science Teacher decided a baby blue whale skeleton would fit the void in the ceiling nicely. 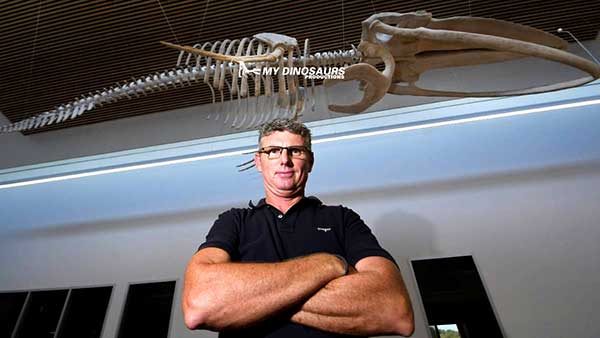 Students are going to have a whale of a time when they arrive back at school. A really big 8-meter whale skeleton actually! It was installed in the foyer of the new Multi-purpose Classroom block over the last couple of weeks.

The result is worth the effort as this very impressive structure will be both an aesthetic and functional part of the study for the students. 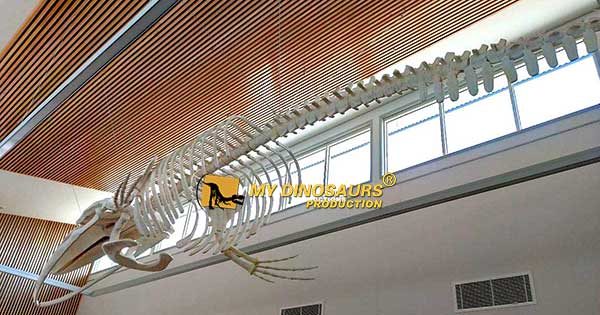