Some people are worried that humans will be extinct by the pandemic. Exactly, some research said that dinosaur extinction may be related to this. Faced with a big catastrophe, what will be the difference between humans and dinosaurs? Let’s talk about it.

Dinosaurs fossils are the only thing that remains from amazing creatures that once ruled the planet. Why are dinosaurs extinct? Well, an asteroid hit the earth around 66 million years ago and released carbon dioxide and other compounds into the atmosphere. These compounds caused the climate to change so rapidly that the dinosaurs could no longer survive.

The chemicals in the air trapped heat and caused the global temperatures to spike, melting ice caps and causing sea levels to rise. That is not the only extinction event that occurred in the earth’s past. Another event took place around 55 million years ago. While the cause is unknown, many experts believe a volcanic explosion was to blame.

Our world is heading toward another mass extinction, and humans could be the ones going extinct this time. Let us explore how dinosaur’s extinction may be related to the virus. While the outbreak takes most of our attention, it’s not the real threat to humanity’s survival.

The Difference Between Humans and Dinosaurs

On the other hand, humans have the logic, reasoning, and ability to stop their demise, but they choose not to. With the pandemic, people could have taken more steps to prevent its spread. We can take vitamins that boost our immune system, and we can make healthier eating choices that strengthen our bodies. Instead, many people choose foods that weaken their bodies. Also, we rely on fossil fuels that pollute the air we breathe and damage the earth’s protective ozone layer.

We Can Prevent Our Downfall

So far, humans have been heading toward disaster at full speed and with no regard for how the future will play out. Scientists and climate experts have been warning us for years about the danger of our own making. As we continue to pollute the skies, we can expect global temperatures to continue rising until we pass a critical threshold of no return.

Even the average person can help by driving less and being mindful of what they put into the air. You can pay attention to your energy consumption and turn off lights you don’t need. If everyone took those small steps, it would go a long way in preventing the next extinction event. 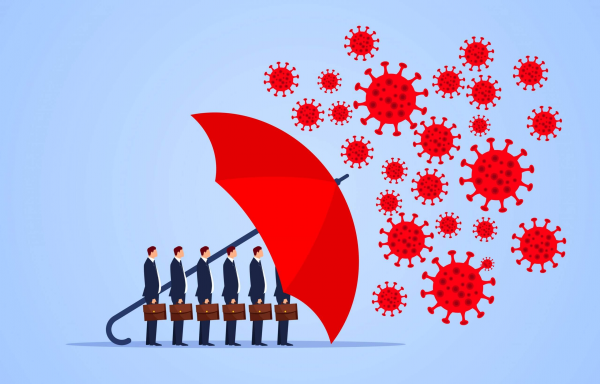 With the pandemic, we could prevent countless deaths by taking a few simple steps. If you would like to reduce your odds of facing extreme complications, start by making healthier lifestyle choices. You don’t have to stop eating fast-food, but do it in moderation. Vitamin C is great for boosting your immune system and helping you combat any virus that comes your way. Turmeric is a powerful supplement that can slow the replication of viruses in your body and improve your odds of survival if you get sick.

As a species, humanity has been blindly speeding toward a preventable mass extinction, and we are getting very close to the point of no return. The choices we make collectively and as individuals will determine our fate. Do your best to stay positive so that we can all avoid what happened to the dinosaurs. The first step in changing the future is knowing it. Although you can alter fate and stop the unthinkable from taking place, it takes lifestyle changes and a lot of willpower to create lasting change.