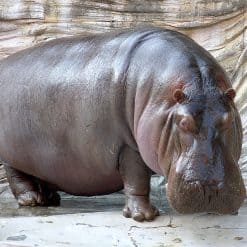 The common hippopotamus (Hippopotamus amphibius), or hippo, is a large, mostly herbivorous mammal in sub-Saharan Africa, and one of only two extant species in the family Hippopotamidae, the other being the pygmy hippopotamus (Choeropsis liberiensis or Hexaprotodon liberiensis). The name comes from the ancient Greek for “river horse” (ἱπποπόταμος). After the elephant and rhinoceros, the common hippopotamus is the third-largest type of land mammal and the heaviest extant artiodactyl. Despite their physical resemblance to pigs and other terrestrial even-toed ungulates, the closest living relatives of the Hippopotamidae are cetaceans (whales, porpoises, etc.) from which they diverged about 55 million years ago. The common ancestor of whales and hippos split from other even-toed ungulates around 60 million years ago. The earliest known hippopotamus fossils, belonging to the genus Kenyapotamus in Africa, date to around 16 million years ago. 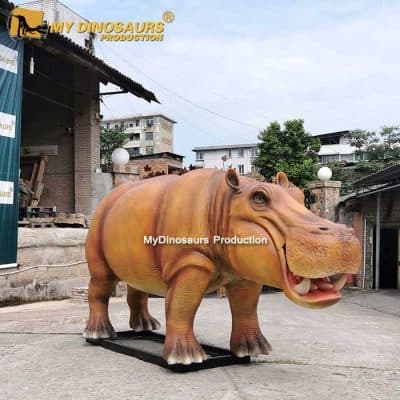 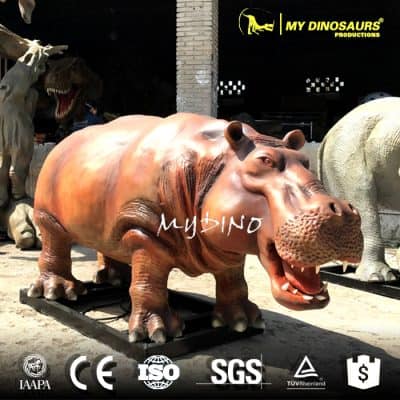 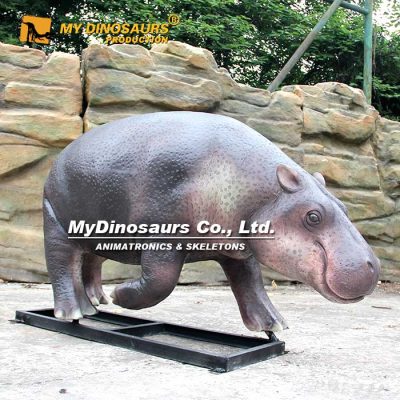 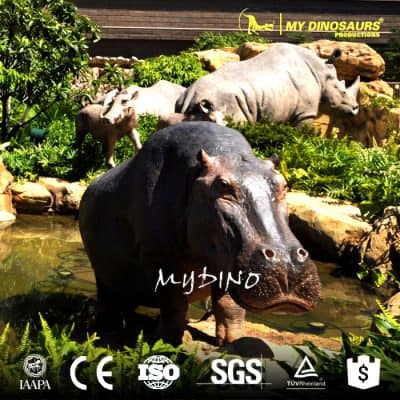