Opened on september 25,1985, the Royal Tyrrell Museum is Canada’s only museum dedicated exclusively to the science of palaeontology. In addition to housing one of the world’s largest displays of dinosaurs, the Museum offers a wide variety of creative, fun, and educational programs that bring the prehistoric past to life. 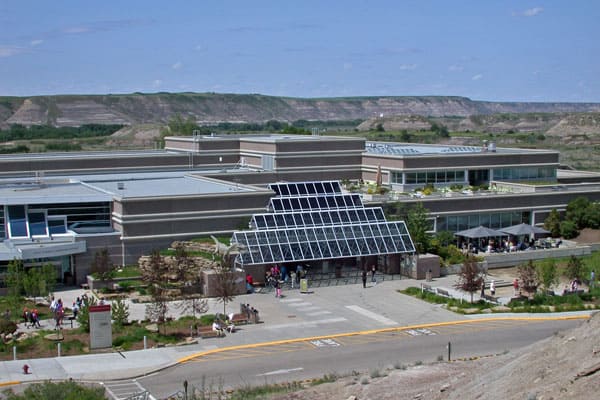 Nestled in the heart of the Canadian Badlands, 6 km northwest of Drumheller, Alberta, in Midland Provincial Park, the museum is situated in the middle of the fossil-bearing strata of the Late Cretaceous Horseshoe Canyon Formation and holds numerous specimens from the Alberta badlands, Dinosaur Provincial Park and the Devil’s Coulee Dinosaur Egg Site. 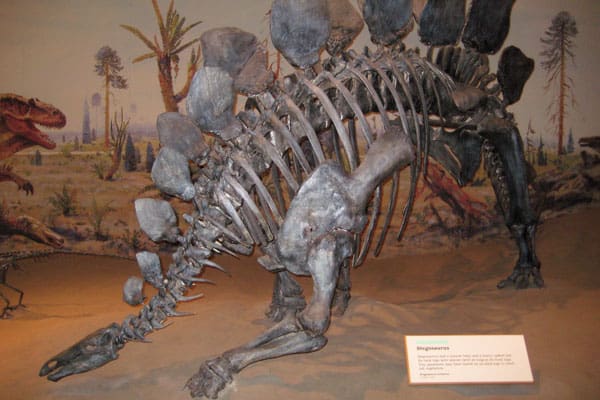 More than 4,400 square metres of the museum’s 11,200 square metres is dedicated to exhibits in a series of chronological galleries celebrating the 3.9-billion-year-history of life on Earth. One of the most popular is “Dinosaur Hall”, with over 40 mounted dinosaur skeletons, including specimens of Tyrannosaurus Rex, Albertosaurus, Stegosaurus and Triceratops. 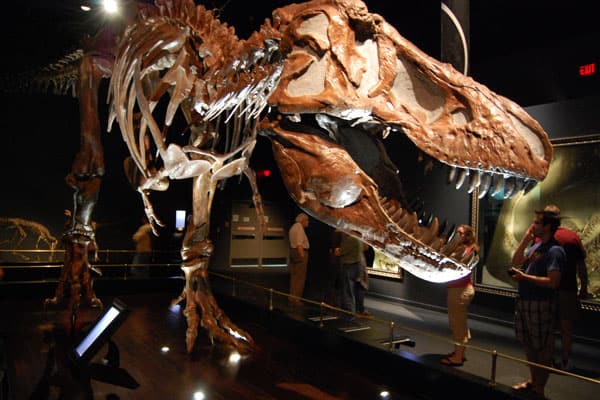 Other exhibits include “Lords of the Land”, a gallery of some of the most dangerous theropods known from Alberta, “Burgess Shale”, a diorama of dozens of creatures from Yoho National Park in British Columbia; “Devonian Reef”, a life-size model of a 375-million-year old reef; the newly renovated “Cretaceous Garden”, featuring representatives of the plants that lived in prehistoric Alberta, and “Age of Mammals” and “Ice Ages” which cover mammalian life in the Cenozoic. 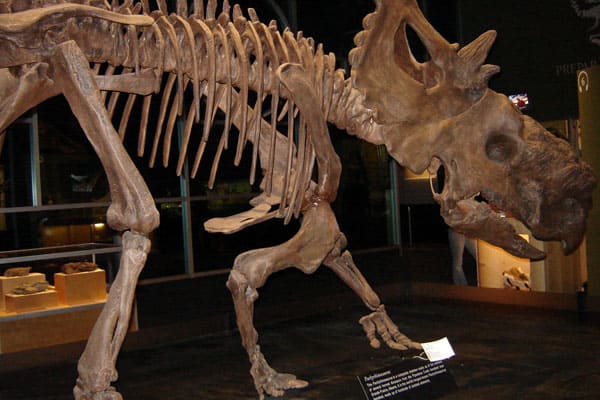 A window into the “Preparation Lab” allows visitors to watch technicians as they prepare fossils for research and exhibition. Additional offerings include guided and self-guided tours of the badlands, the hands-on “Science Hall” with interactive stations that introduce palaeontological concepts, simulated fossil digs, fossil casting, school programs and summer camps. 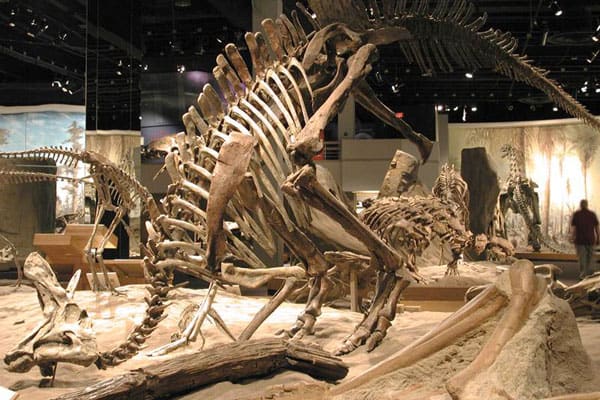 The Royal Tyrrell Museum is one of the best dinosaur museum in the world. If you love dinosaur or other prehistoric animals, don’t miss out this museum. More information link up with the following linkies: http://www.tyrrellmuseum.com/. 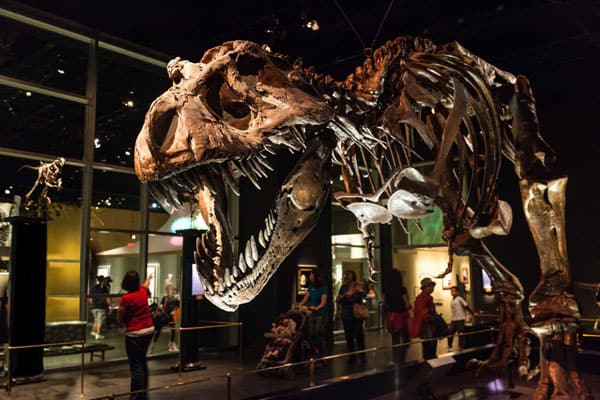