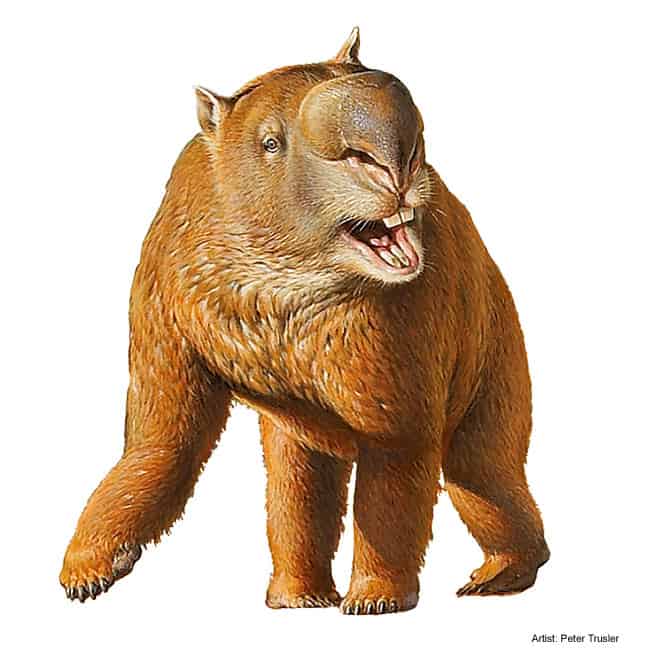 Diprotodon, meaning “two forward teeth”, is the largest known marsupial ever to have lived. Along with many other members of a group of unusual species collectively called the “Australian megafauna”, it existed from approximately 1.6 million years ago until extinction some 46,000 years ago (through most of the Pleistocene epoch).

Diprotodon species fossils have been found in sites across mainland Australia, including complete skulls and skeletons, as well as hair and foot impressions. Female skeletons have been found with babies located where the mother’s pouch would have been. The largest specimens were hippopotamus-sized: about 3 metres (9.8 ft) from nose to tail, standing 2 metres (6.6 ft) tall at the shoulder and weighing about 2,790 kilograms (6,150 lb). Aboriginal rock art images in Quinkan traditional country (Queensland, Australia) have been claimed to depict diprotodonts. They inhabited open forest, woodlands, and grasslands, possibly staying close to water, and eating leaves, shrubs, and some grasses.

The closest surviving relatives of Diprotodon are the wombats and the koala. It is suggested that diprotodonts may have been an inspiration for the legends of the bunyip, as some Aboriginal tribes identify Diprotodon bones as those of “bunyips”. 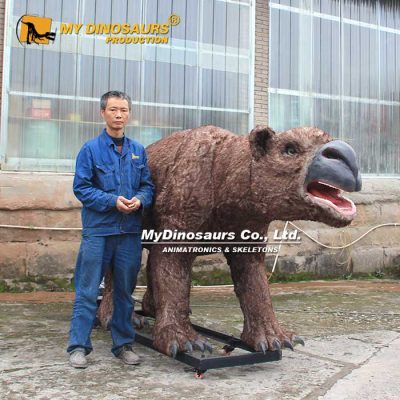 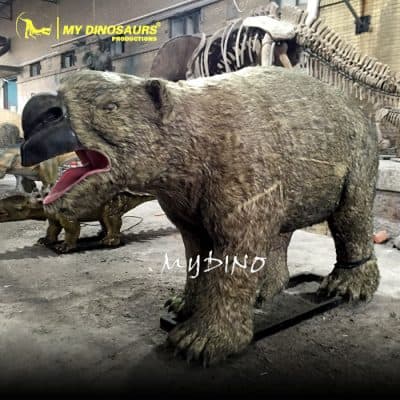