Pachycephalosaurus – One of the most popular dinosaurs of all times, this one is definitely remembered for its striking and incredibly large skull that catches the eye at once. The name Pachycephalosaurus means a thick-headed lizard, easily explaining its appearance.
Before going further we would like to bring forward one of the least known facts that the Pachycephalosaurus is known only about its dome-shaped skull because that was the only fossil found of its own.

When you walk into a museum and see the full body frame of a Pachycephalosaurus you are made to believe that this is how it looked like back then. We are sorry to burst that myth as Pachycephalosaurus is the only dinosaur that has made rave only because of its surreal head fossil, the other parts of the fossil were never found. 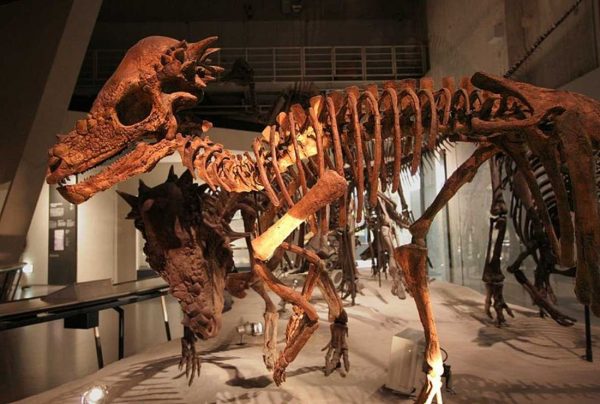 When the fossil is put together of a Pachycephalosaurus this is what the body may structure like. Pachycephalosaurus grows about 15 feet tall weighing up to 950 pounds that are 430 kgs. It had short forelimbs and long hind limbs. Scientists have claimed that the fossils of Pachycephalosaurus could be marked to the period of cretaceous period that existed about 76- 65 million years ago. This was the age of the reptiles’ also known as the Mesozoic age. Similar creatures that existed during this time were Albertosaurus and Troodon, Maiasaura, Tyrannosaurus rex, Ankylosaurus who was an armored herbivore with a horn, Parasaurolophus, Corythosaurus, and Dryptosaurus.
Pachycephalosaurus dinosaur is a commonly cited dinosaur in Jurassic Park, is a dinosaur that has a huge head that is unbelievably thick, and inside lies a tiny brain. The hollows of the eye socket are filled with large eyes, you can also find out many animatronic Pachycephalosaurus on some Jurassic work exhibitions. 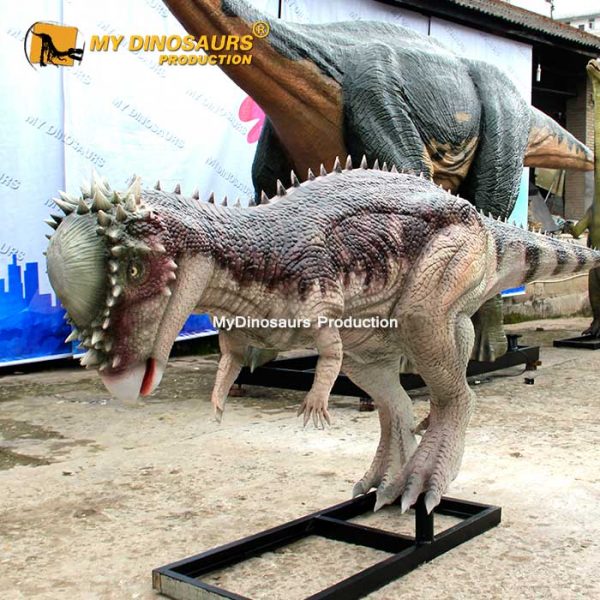 Pachycephalosaurus is one of the largest known species of the pachycephalosaurid family. The large eyes in the hollow eye sockets have remarkable vision. The stereoscopic vision has helped them to judge distance effectively also with high accuracy.
The thick-headed creature sustained in an environment where it could be attacked at any moment, scientist subjected the head of a pachycephalosaurus to a CT scan and found many dentures and deep scars on them. Thus proving that the skull was indeed thick and also it proved to be more of a protective use.
Apart from the protection, it provided the thick skull also acted as a tool or a weapon to attack. Pachycephalosaurus were known to adopt the same fighting method as that of a giraffe. When they sense an enemy in their close proximity they slam their heads against theirs and flanks its predator or enemy.
We hope that paleontologists and scientists soon discover the remains of this incredible Pachycephalosaurus as we cannot wait to know how distinct they actually are from our imagination. Till then we can let ourselves believe that this is how they looked, lived, and behaved back in time.