Dinosaurs were fantastic creatures that used to roam the planet for about 160 million years. Though dinosaurs have been extinct many years back still, we can know about them with the help of the fossils. Fossils are the evidence which never decomposes or degrades and is considered to be a vital source when it comes to finding evidence about the prehistoric era. These fossils have been restored and are preserved for a better understanding of the creature.

Starting in the early 17th century to today date many fossils were found. Here in this article, we are going to see some of the most important fossil discoveries related to dinosaurs.

In the year 1676, a tiny portion of femur derived from a large organism where found in England that was discovered by a professor from Oxford University. In the beginning, scientists were quite confused about the fossil and the type of reptile who used to have that kind of femur. After 150 years, another scientist classified the fossil under the name of Megalosaurus. The scientific name of this creature was Megalosaurus bucklandii. It took another 20 years when a paleontologist identified the fossil to be of a dinosaur. 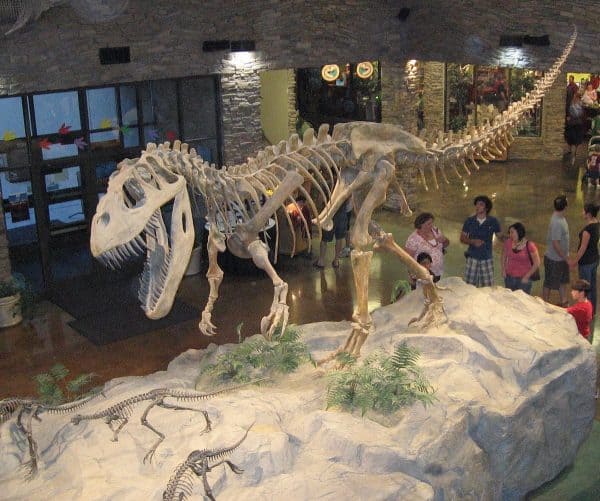 This is also famous by the name of coprolites. This fossil was found 12 years back by Mary Anning who first noticed weird stones that were found in the abdomen of ichthyosaur fossils on which she was researching. She later discovered that these odd stones were nothing but fecal matters. This has helped many paleontologists to know more about what kind of food dinosaurs used to eat. In Australia, the coprolites found that the plesiosaurs who used to live during the period of Cretaceous were the bottom feeders.

In the year 1860, some scientist was utterly shocked when they discovered the fossil which was a part of a limestone deposit. So this fossil was considered to be the missing link as it was the transition between modern birds and extinct dinosaurs. According to the scientists, they believe that this organism was having the characteristics of dinosaurs and bird and hence tagged as the oldest bird who used to live in the later Jurassic period. They were considered to be the Archaeopteryx which used to mean ancient feather. This discovered fossil has helped the paleontologist to detect more organisms which were in the transitional state. 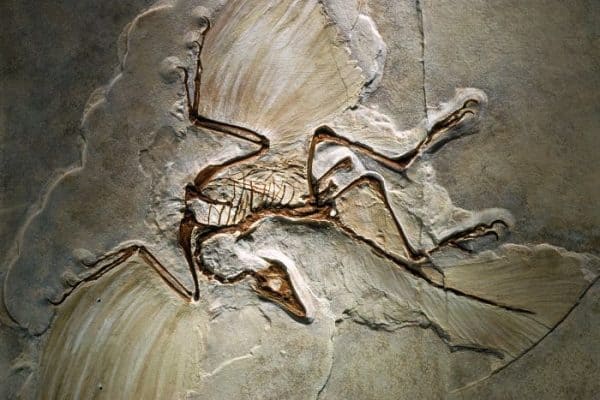 This fossil was discovered by an American paleontologist named as the Joseph Leidy. This fossil shows that the dinosaur was duck-billed and used to live in freshwater and forest of North America. This fossil was considered to be the complete fossil of a dinosaur. The full documentation and the discovery of this fossil were completed in 1868. When Leidy was discovering the fossils, it was considered that this kind of dinosaurs used to move or walk just like the kangaroo. But according to the recent studies, it has been found that they used to walk in an upright position.

This dinosaur is considered to be the longest and used to have a unique construction of the body. Diplococcus used to have bones occupying two rows under the tail to maintain additional support. D. hallorum is known to be the longest skeleton having 33m in length. Fossils of this dinosaur are common, except for the skull, which is often missing from otherwise complete skeletons. 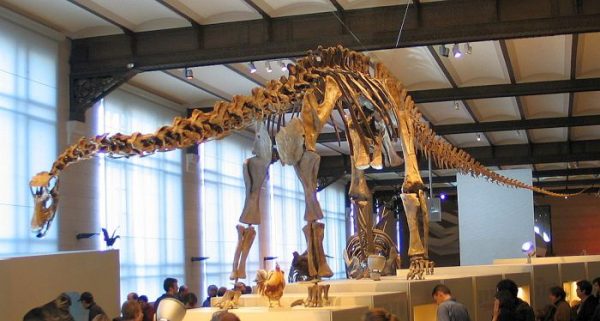 Maximum fossil of this dinosaur is at least 210 million years old. This dinosaur was considered to be a carnivorous cannibal because inside their stomach all the fish, small reptiles, bones of the Coelophysis were found. The name of this dinosaur means hollow condition. Though their fossils couldn’t help the paleontologist to know a lot about the dinosaurs, it was discovered that due to the flash floods most of the dinosaurs were drowned who used to travel or live in a large group.

This is one of the most fantastic fossil discoveries. This is a fossil which showed the combat between the herbivorous Protoceratops and carnivorous Velociraptor. This fossil was evidence that indicated the excessive predation that used to be present among the dinosaurs at that time. While looking at the fossil, you can find that the velociraptors’ claw hit the Protoceratops on their carotid artery whereas the Protoceratops tried to fight back by locking its jaw on velociraptors’ arm. It is believed that these two dinosaurs in the fossil were fighting for their own life when a land mass collapsed on these two dinosaurs. This fossil was discovered in the year 1971 from Gobi desert which is in Mongolia. 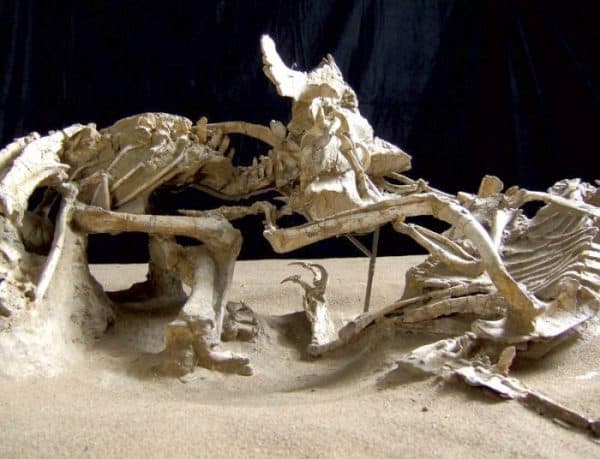 If you want are running a museum or you want to have some dinosaur-theme exhibition, Mydinosaurs is here to help. Please check our dinosaur fossil and skeleton replicas.