Whales roam throughout all of the world’s oceans, communicating with complex and mysterious sounds. Their sheer size amazes us: the blue whale can reach lengths of more than 100 feet and weigh up to 200 tons—as many as 33 elephants.
Despite living in the water, whales breathe air. And like humans, they are warm-blooded mammals who nurse their young. A thick layer of fat called blubber insulates them from cold ocean waters.

Do you know the main categories of whales? They are divided into two main groups. The baleen whales and the toothed whales.
Baleen whales have fibrous ‘baleen’ plates in their mouths instead of teeth which help them filter out huge quantities of krill, plankton, and crustaceans. Toothed whales have teeth that enable them to feed on larger prey such as fish and squid.
Some whales are known as baleen whales, including blue, right, bowhead, and gray whales. Other whales, such as beluga or sperm whales, have teeth.

The gentle giant of the sea, the blue whale is instantly recognizable with a long, streamlined shape, mottled blue or grey back, and pale underbelly. They each have huge heads that are broad, long and have a unique U-shaped arch, and can reach up to a quarter of their body lengths in size.
It is hard to envision the enormous size of a blue whale. As the largest animal on Earth, blue whales are about the length of three school buses, their heart alone is the size of a small car and they weigh on average 200,000 to 300,000 pounds. There are records of individuals growing to over 100 feet long. 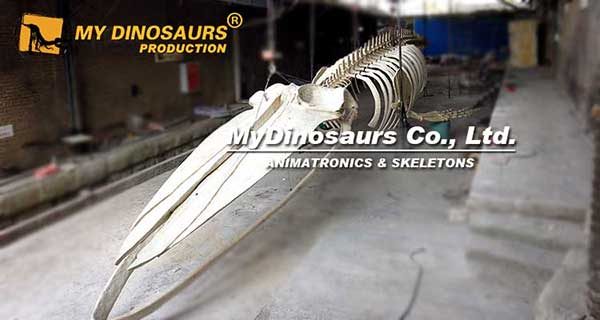 Gets its common name from the distinctive hump on its back. Its long pectoral fins inspired its scientific name, Megaptera, which means “big-winged” and novaeangliae, which means “New England,” in reference to the location where European whalers first encountered them. Humpback whales are a favorite of whale watchers―they are often active, jumping out of the water and slapping the surface with their pectoral fins or tails. 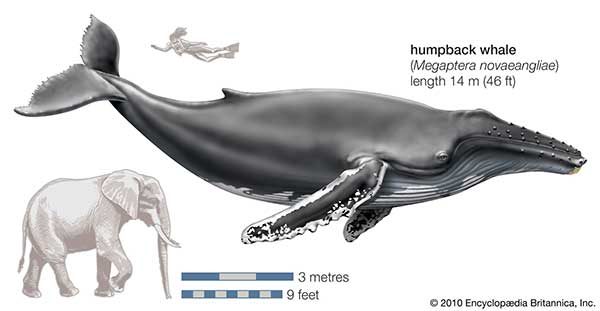 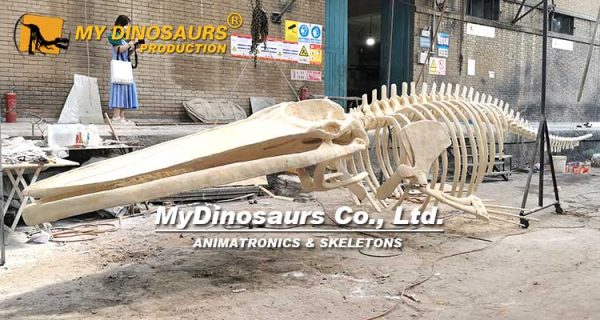 Also called cachalot, the largest of the toothed whales, easily recognized by its enormous square head and narrow lower jaw. The sperm whale is dark blue-gray or brownish, with white patches on the belly. It is thickset and has small paddle-like flippers and a series of rounded humps on its back. Males attain a maximum length of about 24 meters (78.7 feet) and weigh up to 50 metric tons (55.1 tons). Females are smaller, usually measuring less than about 14 meters (45.9 feet) and weighing less than 25 metric tons (27.6 tons).

It is the only baleen whale endemic to the Arctic and subarctic waters and is named after its characteristic massive triangular skull, which it uses to break through Arctic ice. Other common names of the species are the Greenland right whale or Arctic whale. American whalemen called them the steeple-top, polar whale, or Russia or Russian whale.
Bowheads have the largest mouth of any animal representing almost one-third of the length of the body, the longest baleen plates with a maximum length of 4 meters (13 feet), and maybe the longest-lived mammals, with the ability to reach an age of more than 200 years. 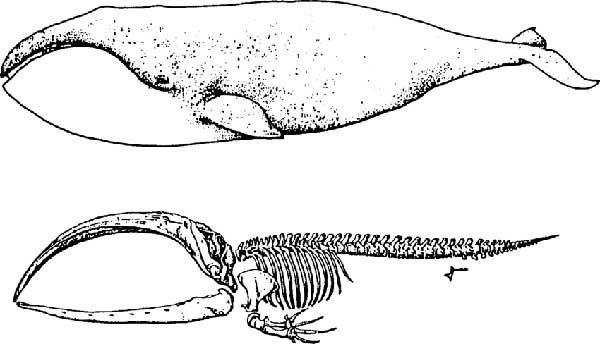 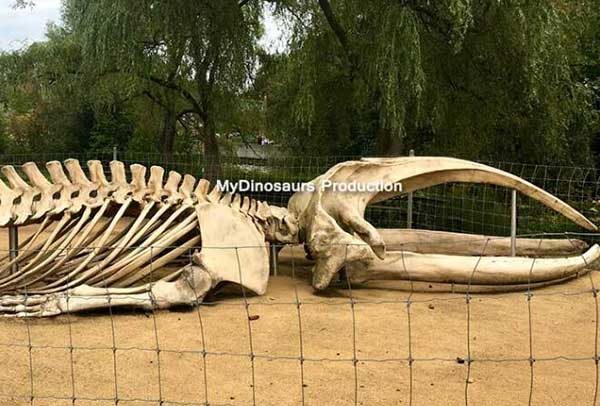 Now, have you figured out the differences between these whales? Let’s have a test, Can you name each of the following whales? 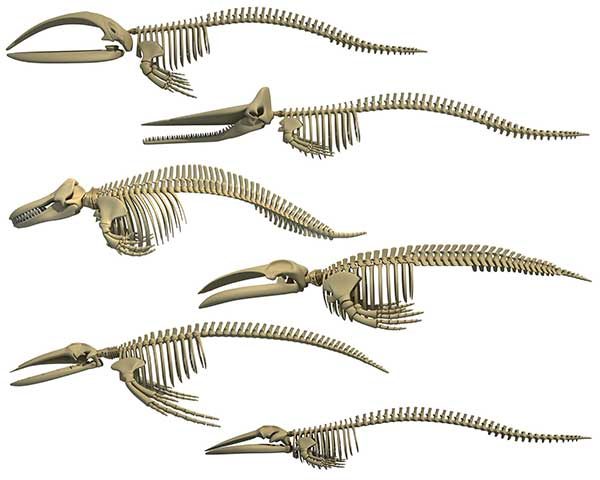 My Dinosaurs devoted to restoring whale skeletons of different sizes, pls feel free to contact us for more details.