Dinosaurs are a favorite among children and adults alike. They are the most interesting pre-historic animal that you can think of. Nowadays when we think of dinosaurs, it isn’t about the fossils anyone. Films of Jurassic Park and other literature about dinosaurs have evolved the image and produced it in a lifelike way. Dinosaur themed parks, attractions, and museums have been set in many areas.

Surprisingly, you may see the dinosaurs in some restaurants. Along with the delicious food, people do need an interesting ambiance when they are dining at a restaurant. A dinosaur themed restaurant will be the best experience that the adults and kids both will like. The terrifying but intriguing creatures make the restaurant visit more fun. So let us see some of the restaurants with a dinosaur theme.

This is the restaurant that anyone would rave about when the theme of dinosaurs is given to them. The curators of the restaurant have paid minute details while creating the restaurant. The place has a 15 foot T-Rex, and along with it, there are figures of pterosaurs and mammoths. There are also simulated meteor showers that happen quite often. The interactive Paleo zone is a nice place where the kids can dig up fossils and bones and learn more about them. A dinosaur-themed retail store is also available on the premises where people can buy toys and merchandise.
The food provided by this restaurant is awesome as well. Foods are shaped like pre-historic animals, and favorites among them are Guac-asaurus Burger, Paleo Pizza, Meteor Bites and chocolate extinction. For adults over 21 years, there is the availability of alcohol, and they have wittily named it Watering Hole. It is situated in the Disney Springs area along with other famed restaurants. It is advised by the restaurant to pre-book a seat prior to 180 days of arrival. 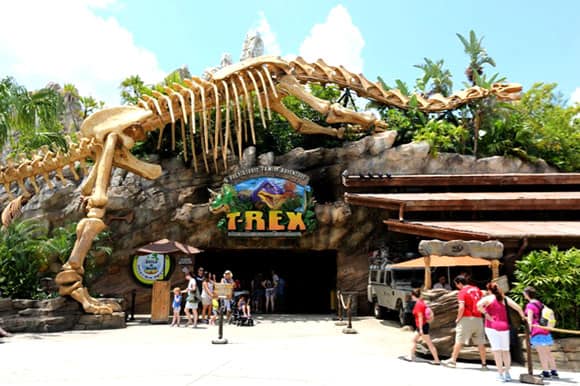 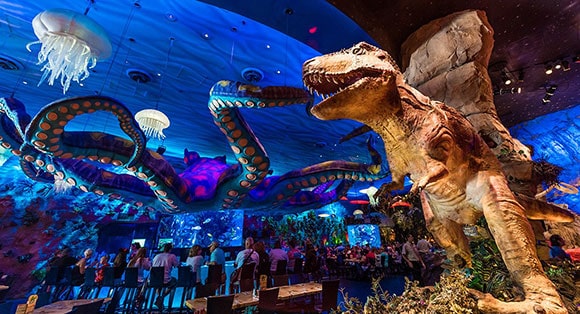 The restaurant is situated in a well-known part of Japan and was a total hit as soon as it was opened. The entrance is shaped like a T-Rex dinosaur’s jaw, and the rest of the restaurant has 20 dinosaurs including Ankylosaurus, Stegosaurus and T-Rex’s. Animatronic dinosaur models are also present which make it more exciting.
The staffs have been made to dress like paleontologists. And there are two dinosaur fixtures with saddles for customers to sit on them for fun. This place provides good food and platters called herbivorous and carnivorous. The dinosaur decorations help to pull a lot of people. The restaurant is open from 11 AM to 12 AM on a daily basis. You can know more about them on their website. A reservation has to be done to book a table as the restaurant does get quite a bit of rush. They have an informative website and reservation can be done quickly. Also, they do provide all the needed information, but the only problem is that they are written in Japanese. So, in case one wants to visit they will need to consult someone who can read Japanese. But going to the place is quite worthy. 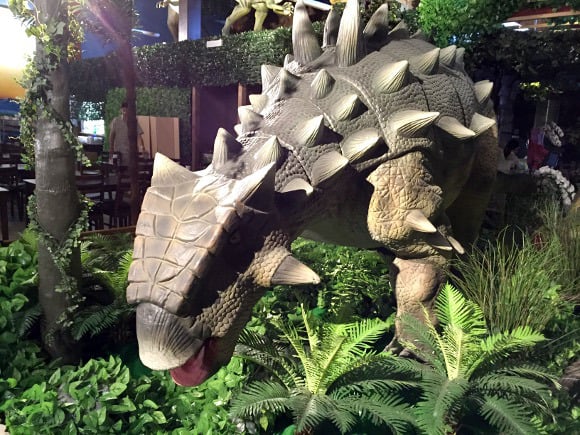 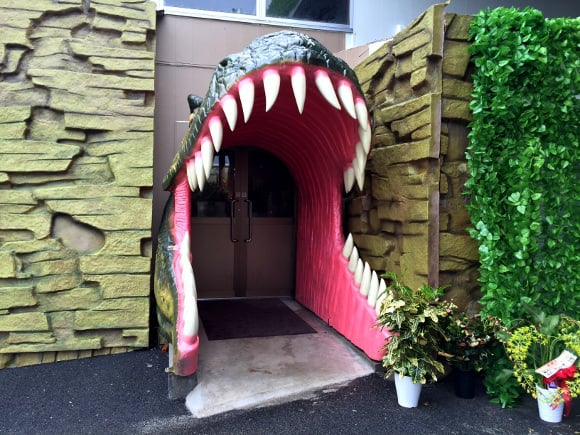 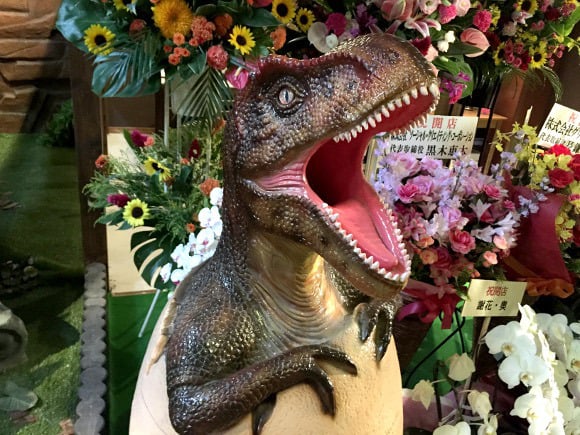 These are the two restaurants that should be visited if you are a dinosaur fan. They are well reputed and have garnered media attention. Food is, of course, good at both places, and the pre-historic menu is quite interesting. Dinning at such interesting place must be fun!